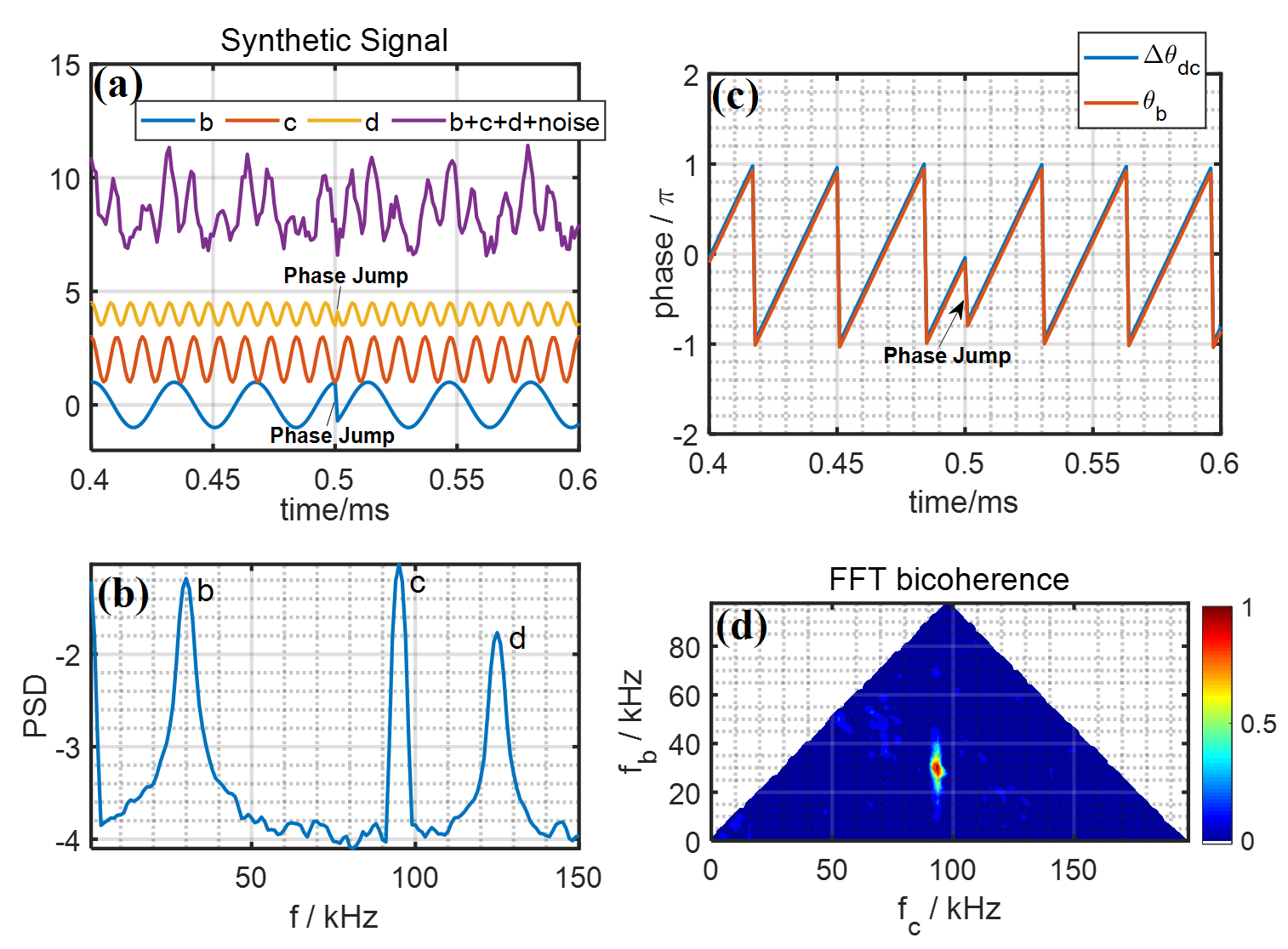 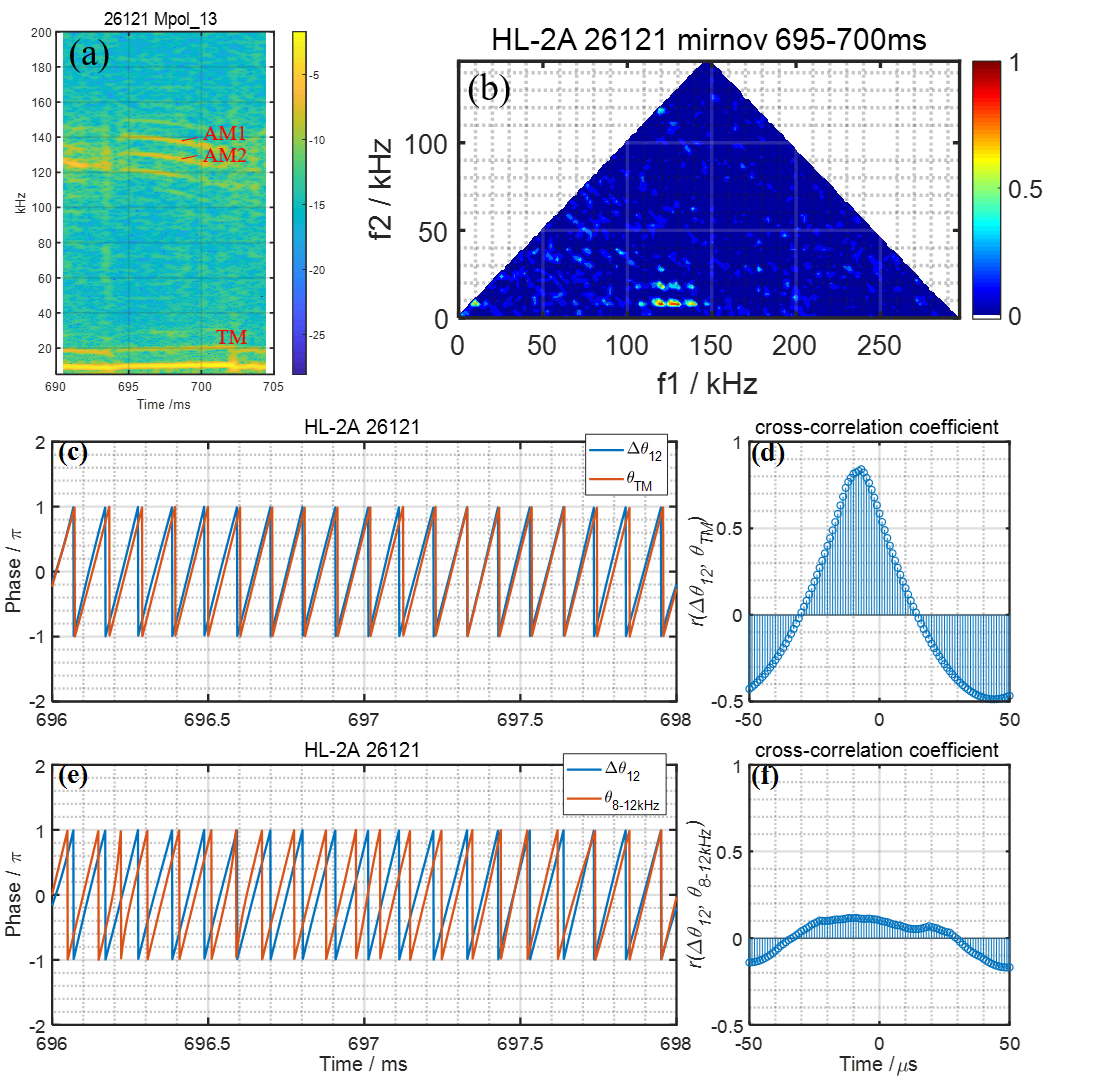 As a summary, the Hilbert transform allows us to track the phase of a mode without many ensembles. In our work, the nonlinear interactions among the 139kHz and 129kHz AMs and the 10kHz TM on HL-2A were checked using phase tracking with Hilbert Transform. Results show that the phase delay between two AMs $\Delta\it{\theta}_{12}$ is approximately synchronized with the phase of TM $\it{\theta}_{TM}$ and the maximum of the normalized cross-correlation is 0.84. In a counter example, the maximum of normalized cross-correlation is only 0.18.
This work was supported by National Key R&D Program of China under Grant Nos. 2018YFE0310200 and 2017YFE0301203, National Natural Science Foundation of China under Grant No. 11775069, Sichuan Science and Technology Program Grant Nos. 19GJHZ0154.