Impurities are injected into magnetic fusion devices to improve plasma performance in several ways. Recently low-Z impurities were injected to enhance energy confinement, eliminate edge-localized modes (ELM), increase edge radiated power, reduce fuel recycling, and generally improve wall conditions, in a number of devices [1-10]. These results are enabled by a relatively new apparatus 1 designed to inject a wide range of impurity powders and granules. This paper reports on the technical aspects of the injector and onboard diagnostics, along with new results from the DIII-D, EAST, and KSTAR devices.

The first generation impurity injector of this type dropped spherical, metallic impurities, e.g., lithium, onto a vibrating piezoelectric disk driven at resonant frequencies; the impurities were accelerated via gravity through a hole in the center of the disk into a drop tube and into the boundary plasma 2. The new generation impurity injector, developed over the last 2-3 years, uses vertically-mounted piezoelectric crystals for a horizontal drive off the edge of a surface into a drop tube (Figure 1), and is compatible with a wide range of impurity species and sizes. 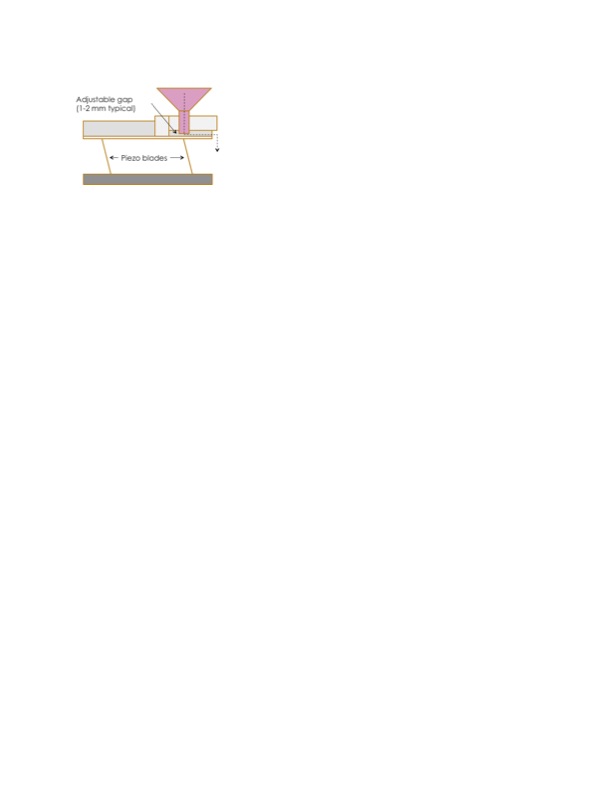 The lateral back-and-forth motion of up to 10 mm allows reproducible and calibratable impurity injection rates. An accelerometer and an optical sensor measure the injection rates, which are optimized in the 1-100 mg/s range optimal for low-Z impurities in present devices. This new dropper is also capable of injecting large particle sizes, e.g., nominal 700 µm diameter granules, into plasma discharges. The latest deployments feature four independent drop units using a common drop tube; weights have been added to each unit to achieve distinct resonant frequencies to minimize unintentional injection of impurities from the other three units when only one unit is activated. Versions of these droppers have been implemented on the ASDEX-Upgrade [3,4], DIII-D [5], EAST [6,7], KSTAR [8], and LHD [9] devices, and a related concept was deployed on the W7-X device [10], all within the last 2-3 years.

Boron (B) powder has been injected in each device listed above. On EAST, ELMs were eliminated, with a modest increase in stored energy and confinement [6, 7]. The injection location was above the upper X-point in upper-single null discharges. Radiated power in the core and electron density were matched, and ELMs returned within 0.5 s after termination of B injection. ELM elimination is correlated with the appearance of a ~ 3 kHz edge coherent mode above a threshold injection rate of several mg/s (~1020 B atoms/s). To assess the applicability of this technique to future devices (e.g. material inventory control requirements), the dependence of the minimum impurity injection rate for ELM elimination was measured as a function of heating power at Ip=0.5 MA and Bt=2.5 T in EAST. Figure 2 shows that the minimum injection rate tripled as the heating power was doubled, which is qualitatively consistent with more efficient screening by the scrape-off layer with increasing edge temperature and density. 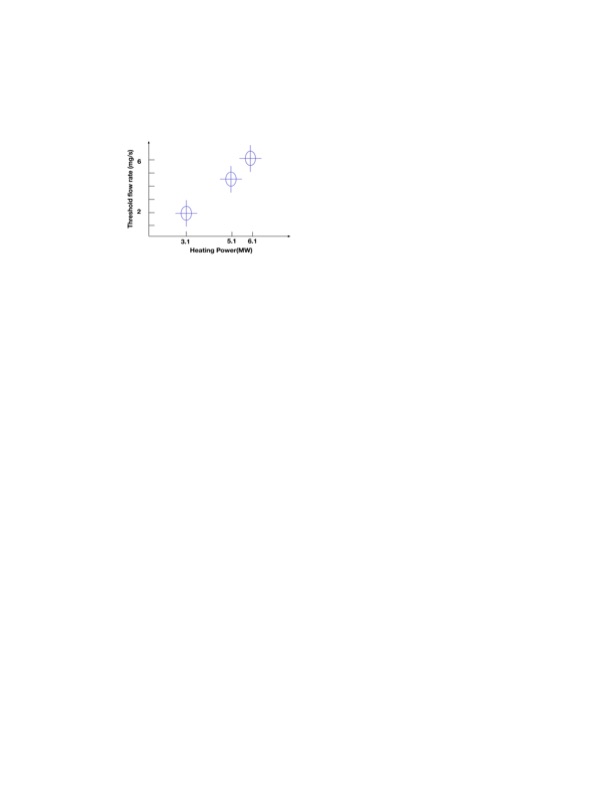 B injection also reduced recycling in DIII-D, EAST, and KSTAR, and reduced low-Z impurities (C, O) in all devices. XPS measurements of DiMES samples in DIII-D indicated a surface layer of nearly 50-50 B:C, with a B film growth rate of 1-2 nm/s during B injection [5]. 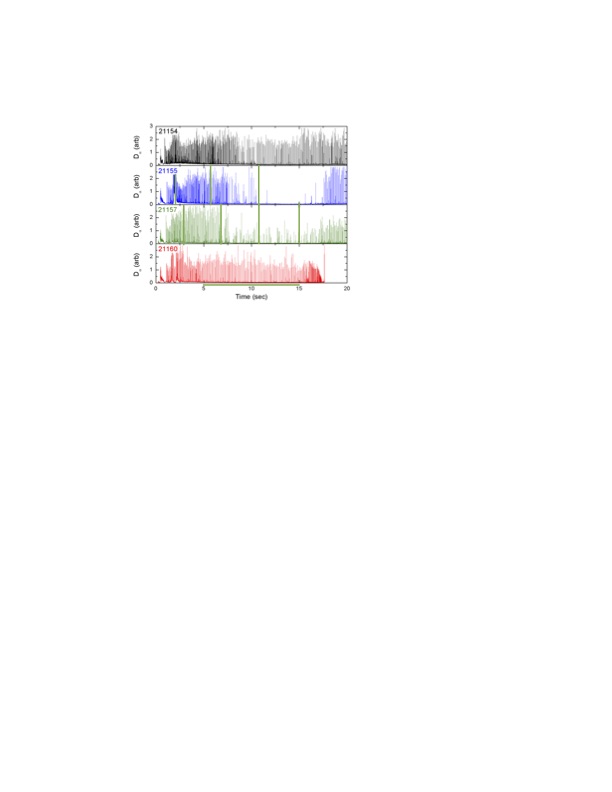 The most effective use for ELM elimination appeared to be high rates for short durations; longer injections at lower rates resulted in ELM mitigation. BN injection in DIII-D and ASDEX-Upgrade increased edge and divertor radiated power and reduced divertor peak heat flux.

A recent modeling effort has been launched to interpret the experimental results and project to future devices; results from the modeling effort, new experimental results from EAST, KSTAR, and DIII-D, and the dropper technical development will be presented. *Supported in part by U.S. Dept. of Energy under contracts DE-AC02-09CH11466 and DE-FC02-04ER54698.