It is critical to solve the power exhaust issue for future fusion devices, such as China Fusion Engineering Test Reactor (CFETR) [1]. In case of the steady-state operation, the divertor plasma is expected to be in the detachment regime. Thus, the heat load onto the targets can be reduced within the engineering limits and the sputtering can also be mitigated. Radiative snowflake divertor [2] is a promising way to effectively reduce the heat load onto divertor targets. Comparing to the single-null divertor configuration, the magnetic flux expansion are increased by introducing the second X point in the snowflake divertor configuration [3], where the detachment is believed to be promoted. Our previous work [4] also supported the positive effect on divertor detachment in the quasi-snowflake divertor. Nevertheless, we also find that the detachment sequence can be influenced, i.e. the low-field-side (LFS) target can be detached in prior to the high-field-side (HFS) one when the plasma density is relatively low. While the flux expansion can be controlled by moving the position of the second X point, it implies that there is an additional way to control the characteristic of divertor detachment. To support the design of snowflake divertor and the control of detachment in the future fusion device, the influence of flux expansion on the detachment sequence of LFS and HFS target is further studied by SOLPS [5] simulation in this work.

For the reason of the consistency to the previous work, this work is based on the 5.7 m major radius case of CFETR, where the fusion power is assumed to be 200 MW. By changing the position of the second X point (labeled by I, II, III and IV) along the line of plasma center and the main X point in EFIT, a series of the quasi-snowflake divertor configuration is generated, as shown in Fig. 1, where the flux expansion in the HFS scraped-off layer (SOL) is similar and the flux expansion in the LFS is decreasing with increasing distance between two X points. In the SOLPS simulation, because we are focusing on the effect of flux expansion, the divertor target is placed perpendicular to the separatrix to avoid too much complex geometry effects. Fully tungsten first walls and divertor are assumed and neon is seeded to achieve radiative divertor. The recycling rates at first walls and divertor targets are fixed to 100% for all species except for the location of pumping. The total power across the core-edge boundary is fixed to 100 MW and equally distributes to ions and electrons. Constant particle and thermal diffusivities are assumed, i.e. ${D_{\perp}}=0.3 \rm{\ m^2s^{-1}}$, ${\chi_{\rm{i}}}={\chi_{\rm{e}}}=1.0 \rm{\ m^2s^{-1}}$. The density scan is performed by $\rm{D_2}$ puffing. 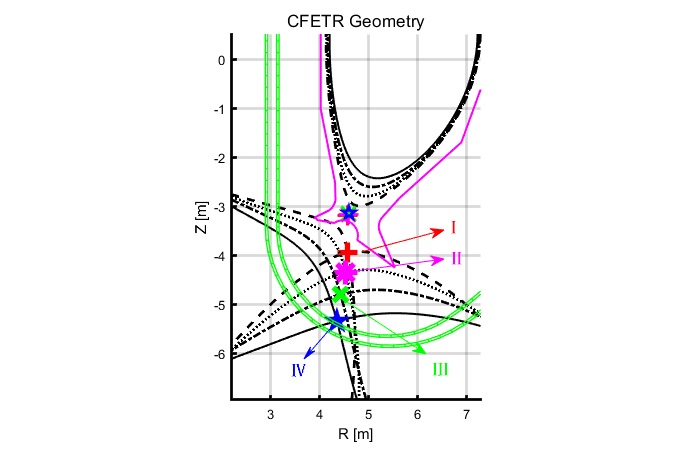 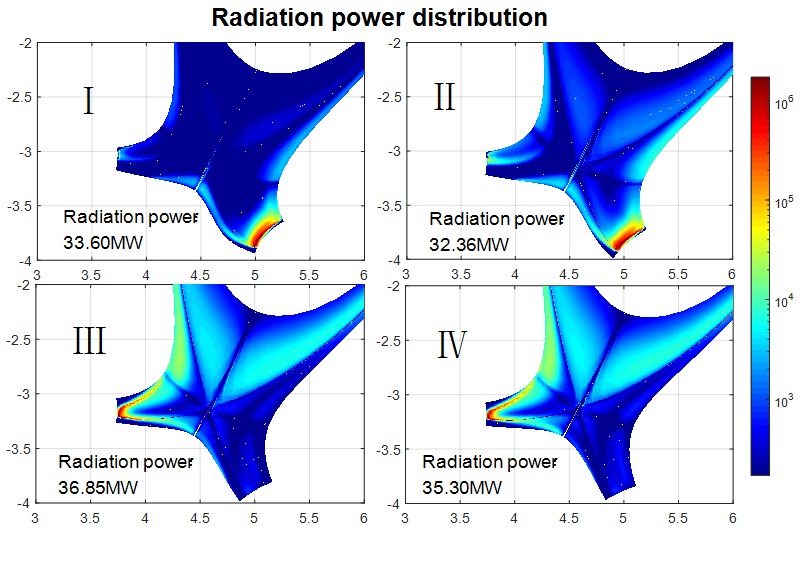 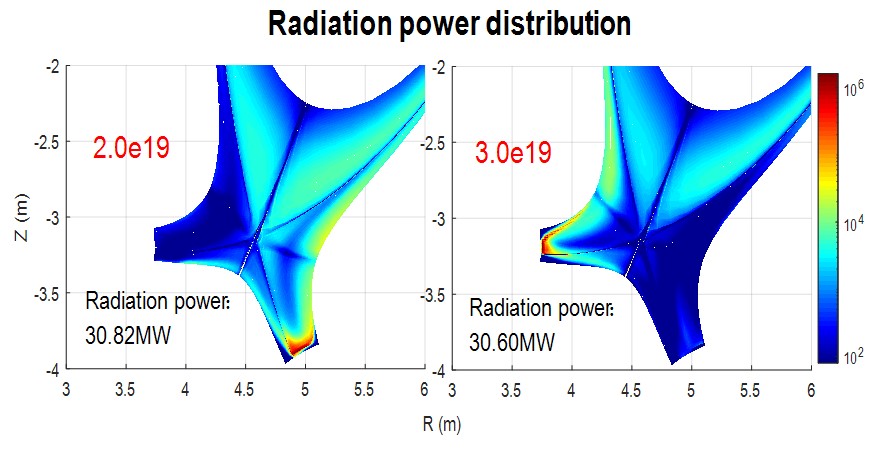 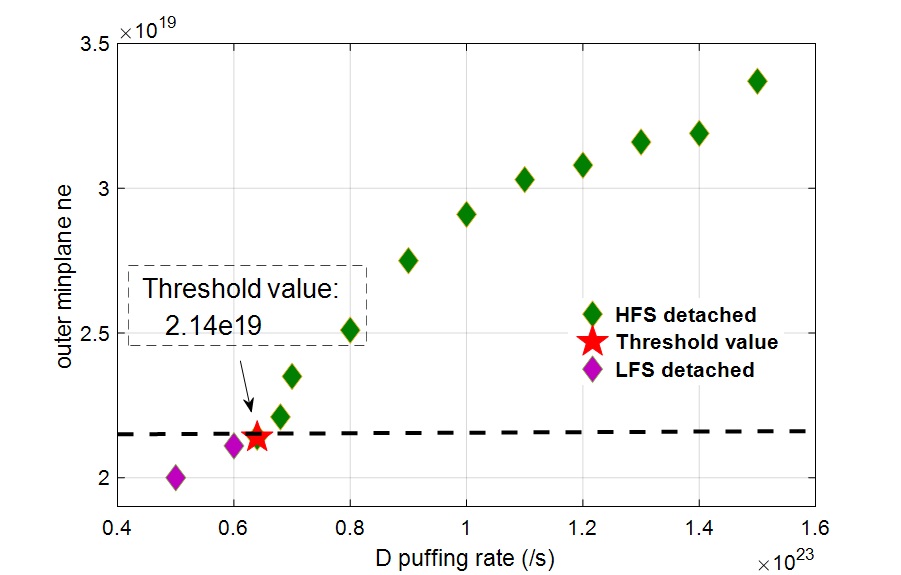