This report focuses on the development of the thermal insulation devices including thermal shield (TS) and cryostat for the superconducting tokamak JT-60SA.
- Design, manufacturing and acceptance test were successfully completed
by 2019 and installation will be done by March 2020.
- The technique and knowledge to realize high accuracy manufacturing
and short time installation of these devices will contribute to the
ITER construction and DEMO design.

JT-60SA (Super Advanced) as a superconducting tokamak is under construction in the Naka Fusion Institute of QST. The tokamak assembly had started since Jan. 2013 and the superconducting coils, the toroidal magnetic field (TF) coils and equilibrium magnetic field (EF) coils, were installed into the tokamak in early 2018. The size of the JT-60SA tokamak is over 13.5m diameter and 15.5m high although this is almost a half of ITER, and the tokamak components were manufactured with some millimeter precision. The design on each component is required to endure the electromagnetic force and seismic load, moreover, to absorb the thermal displacement with the clearance to the other surrounding components. These are installed into the tokamak along with the assembly coordinate built in the torus hall, and consequently, positioned in millimeters order as designed to reduce the magnetic field error below 10^-4 B_tor 1.

The thermal shield is designed to insulate superconducting magnets from the radiation heat intrusion of the vacuum vessel and cryostat in the cryostat vacuum environment. This structure is designed as the double wall with the 80K pipe set inside between the walls on the condition of the high-pressure gas law, and the double wall is composed of thinner stainless plates to reduce the thermal stress due to the operational temperature gradients and electrically insulated in every 20-degree toroidal sector to reduce the eddy current during the operation. The gravity support of suspend type is designed to absorb the thermal displacement and to keep the clearance each other at operational temperature so that heat intrusion to the superconducting coil was reduced by heat conduction distance. The entire TS is supported at the horizontal port thermal shield (HPTS) from the base on each TF coil. The TS surface facing to the cryostat vessel is entirely covered with low emissivity sheets layered as multilayer-thermal insulation (MLI) as shown in FIG.1, and the TS is maintained at the cryogenic temperature with 80K helium gas flow during the operations.
In the TS assembly, the 20-degree TS sectors manufactured in the geometrical tolerance of ±5mm was fixed onto the assembly jigs and positioned by using the laser tracker measurement in the torus hall and kept the over 30mm clearance between TS and each other component by the onsite customization to reduce the misalignments when sectors were installed to the tokamak and joined together with the mechanical couplers. In 2019, Port thermal shield (PTS) and the gravity support for the entire thermal shield were installed as shown in FIG.2. and middle cryostat thermal shield (MCTS), which was close to the cryostat lateral vessel body region, was installed. The precision of CTS position has been successfully kept customizing the suspending support arm flanges jointed to the HPTS.
The cryostat is designed to provide vacuum environment of 10^-3 Pa to insulate superconducting magnets thermally from the ambient and the major dimensions are described as the size of this tokamak. The manufacturing size is designed to be divided mainly in three parts, such as base, cylindrical section and lid, and each part is split in pieces because of the Japanese domestic transportation limit. The base (cryostat base, CB) and cylindrical section (cryostat vessel body cylindrical section, CVBCS) were manufactured in the EU and sent to the QST Naka-site. The CB was completely installed in early 2013 as the first component of JT-60SA and the CVBCS has been installed recently in later 2019.
The cryostat is to be integrated by bolt-joint with the onsite vacuum seal-welding, which requires high precision in each large part split, so that both of CB and CVBCS were pre-assembled each other when those were manufactured at the factory. The orientation at each port in the CVBCS was kept in ±8mm and these results of pre-assembly2 has been successfully reflected to the reamer pins for shortening the onsite assembly only in a few months. The closure lid at the cryostat top was manufactured as the two half-pieces in Japan, and the 60-degree sector mock-up trial to predict the welding distortion kept the precisions of each piece as a spherical shape 8m radius of within ±8mm and outer 11.5m diameter of ±5mm. These pieces will be weld-jointed as one onsite, and this lid will be set on the top of the CVBCS and fixed with mechanical clamps at the groove in each flange and seal welded by March 2020.

Rest top region of the CTS and Cryostat will be assembled while feeders for the superconducting coils and cryogenic pipes are installed. This paper reports the steady progress on-schedule of the device developments on the JT-60SA and its manufacturing toward the start of the plasma operation in 2020. 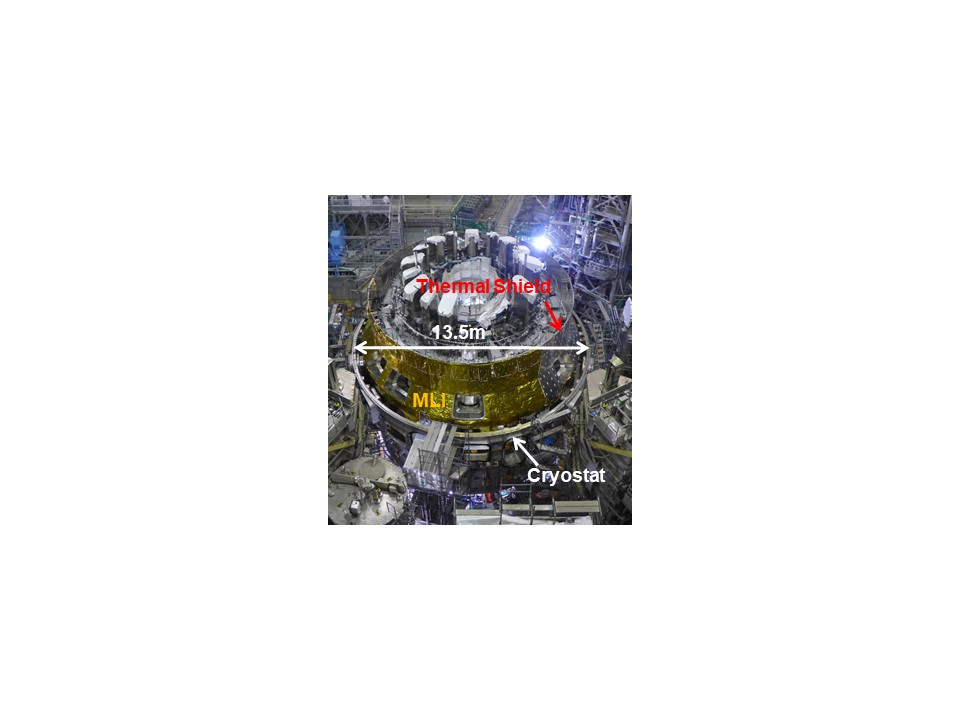 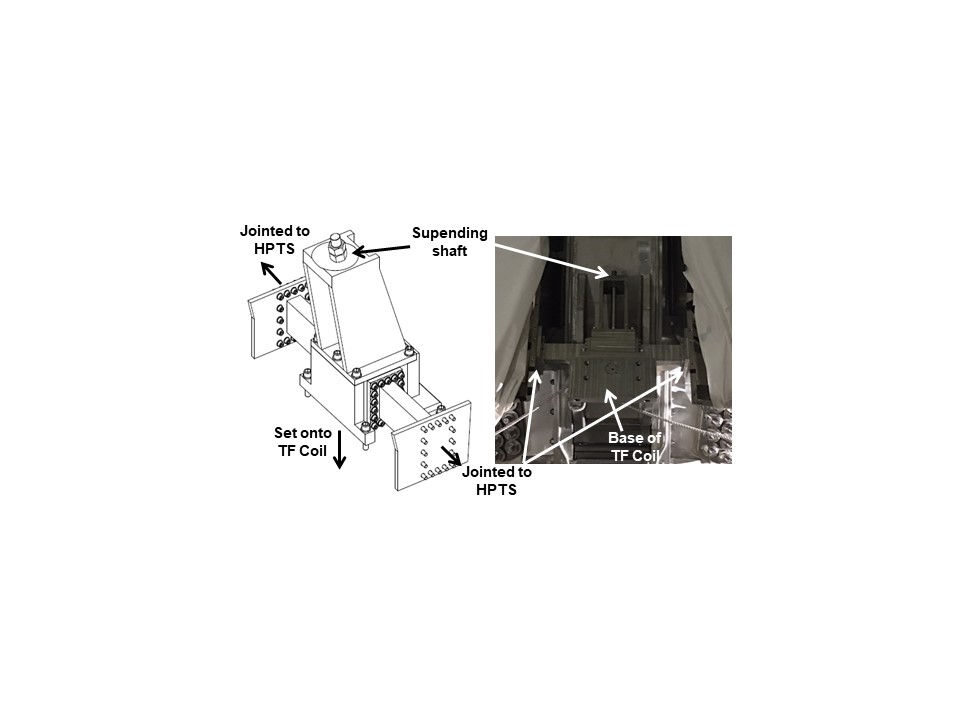