The primary goal of Tokamak based fusion reactors is to achieve a self-sustained plasma satisfying ignition criterion by maximizing the product of plasma density, temperature and energy confinement time. There are limits on achievable plasma density and temperature due to current driven or pressure driven instabilities. Also, the Tokamak performance can be enhanced by operating with advanced configurations and it is necessary to study them extensively to maintain specific profile of plasma parameters. The understanding and controlling of the energy confinement time and plasma profiles fall in the domain of plasma transport. In self-sustained Tokamak based fusion reactors, the plasma heating will be mainly carried out by the alpha-particles that are produced in the fusion of deuterium and tritium. It is thus necessary to study the burning plasma performance with plasma heating due to alpha-particles. This study is aimed at finding the optimal power deposition due to alpha-particles required to maintain a particular plasma profile, for which we have developed a 1.5-dimensional self-consistent transport model. We present a qualitative comparison of the results of this model with experimental results and results of other models of TFTR {1}, JET {2} and ITER-like {3} cases. We also present our simulation results for SST-2-like {4} case.

To perform a burning plasma transport simulation, it requires to solve continuity equations, energy equations, Ohm’s Law and Maxwell equations. The steady state momentum equation to simulate plasma equilibrium that includes alpha-particle physics is coupled with this model. The plasma equilibrium is considered as fixed-boundary equilibrium and the boundary is defined by a set of points that define the plasma shape. In this study, transport equations are considered in the flux co-ordinates and the plasma configuration is assumed to be toroidally axisymmetric. The continuity and energy equations used in our model are {5}:

The transport equations are solved using LCPFCT {6}, which uses the explicit algorithm FCT (Flux-Corrected Transport). Important features of FCT are that it is conservative and maintains positivity and monotonicity. For our purpose we use a modified version of LCPFCT that is compatible with flux co-ordinates. To solve Grad-Shafranov equation, we use VMOMS {7}, which uses a variational moment method that expands radial co-ordinates as Fourier series in flux co-ordinates and solves the resulting equations using Shooting method for a closed boundary system in 2-dimensions. We use an empirical mixed Bohm/gyro-Bohm model {8} to find the particle and heat fluxes for ions and electrons. 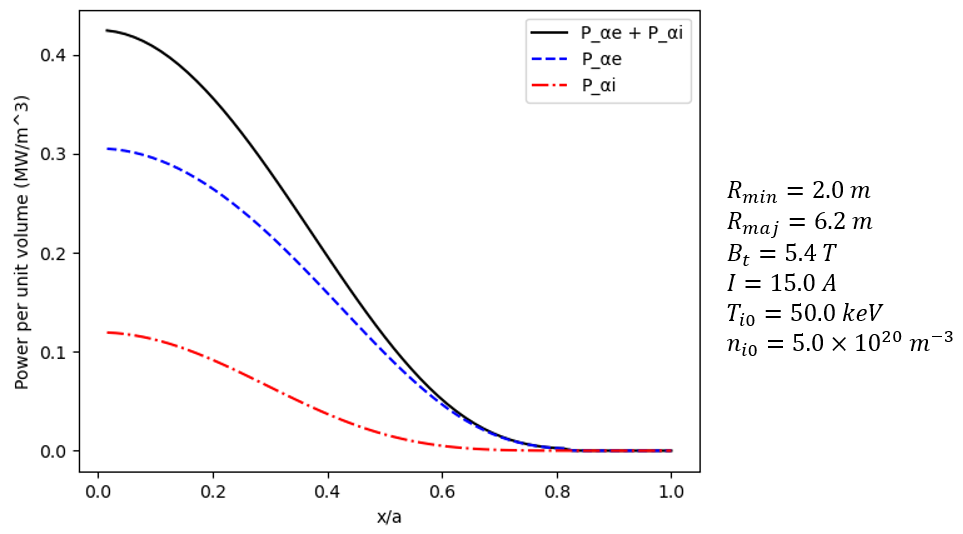