A small angle slot (SAS) divertor concept 1 with a closed slot structure and appropriate target shaping in the near SOL has been developed in order to explore a potentially robust boundary solution with acceptable plasma surface interaction which is essential for fusion reactor plasma conditions, in particular for high-power steady-state operation. Recent experimental tests in DIII-D have demonstrated the advantages of the SAS divertor over the other divertor geometries on the power dissipation. Compared to either a vertically slanted divertor or a horizontal open divertor, the SAS divertor can strongly cool the plasma at the divertor target over a wider range of H-mode plasma conditions, while the performance of the core plasma is either preserved or the usual deterioration with increasing density is reduced. These benefits are realized by leveraging a strong synergy between the SAS geometry and drifts for ion grad-B drift away from the active divertor, while the effects are much smaller for the opposite $B_T$ direction. This is qualitatively reproduced by SOLPS-ITER simulations which include drifts indicating that, at least for DIII-D scale devices, divertor geometry and drifts have comparable effects on the divertor plasma. This finding is an important step in the understanding of the behavior of advanced divertors for resolution of power exhaust issues. 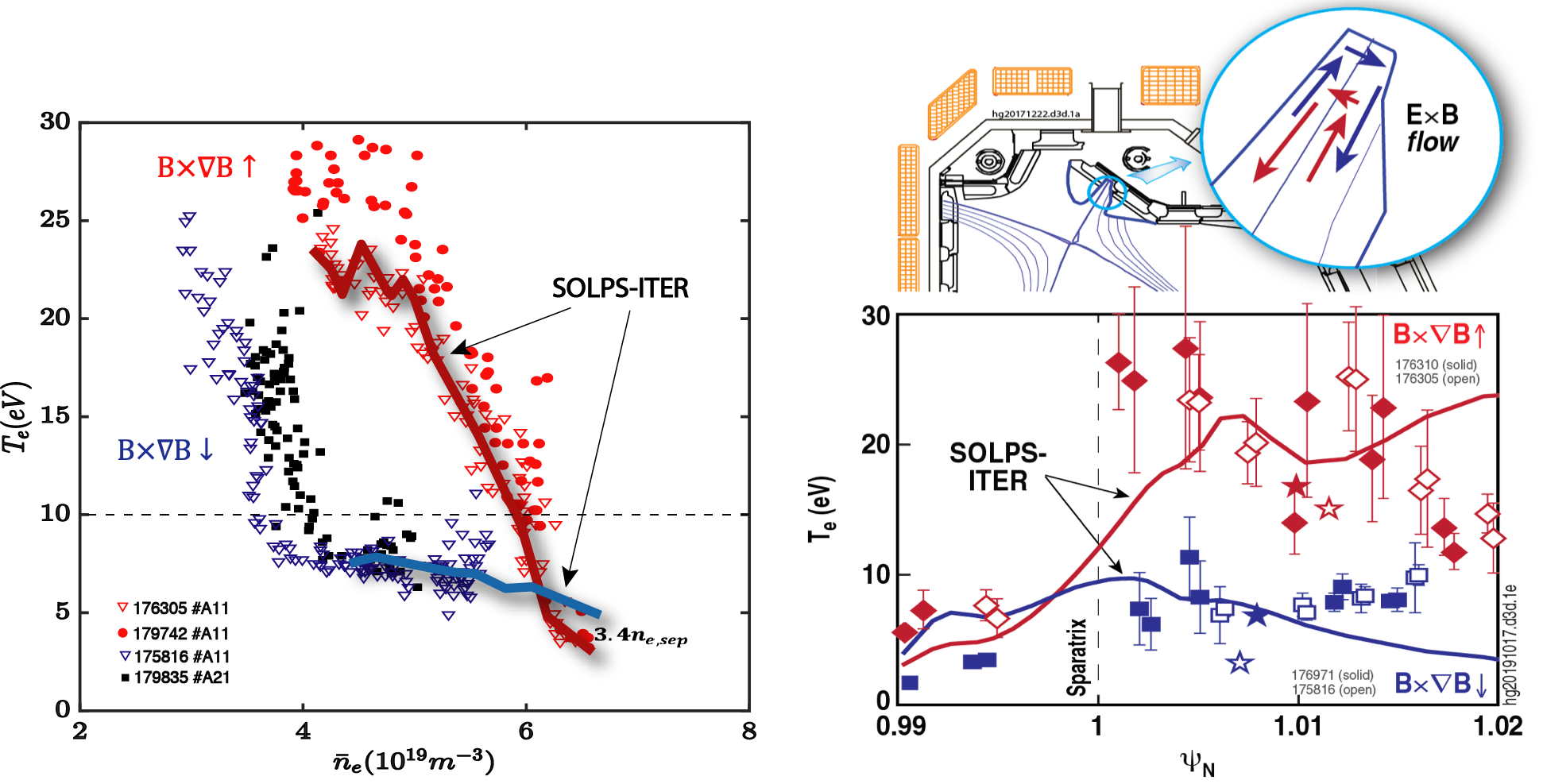 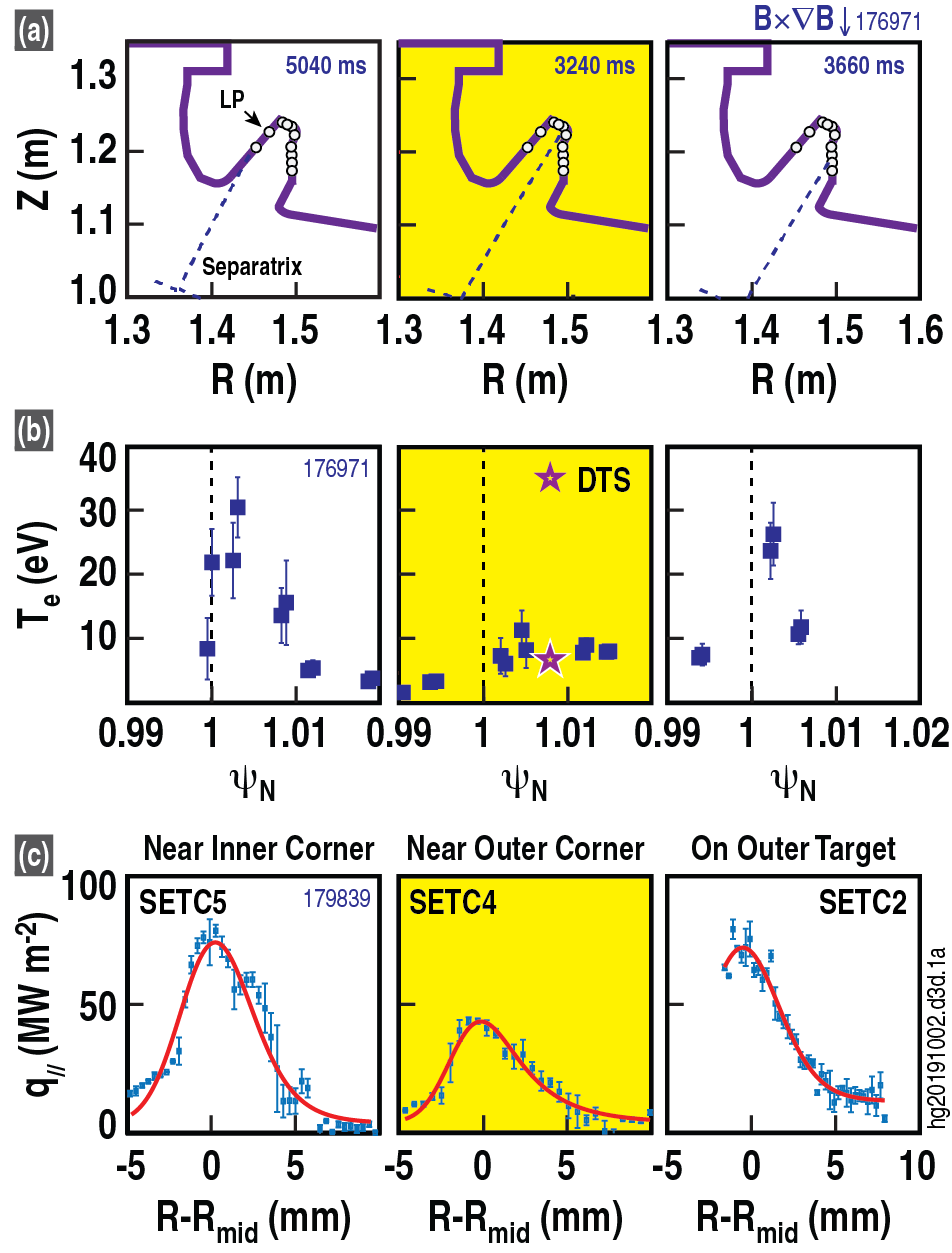 It is notable that a ‘Te cliff’, i.e. Te suddenly drops to below 10 eV for increasing plasma density, is observed for both $B_T$ directions in SAS with the strike point either near the outer corner (Fig. 1) or at the inner slant surface. This is different from the situation for the open divertor where a Te cliff is only observed for the ion $B \times \nabla B$ drift toward the X-point 2. These results also demonstrate a stronger impact of drifts on the dynamics of divertor detachment in a closed slot divertor than in an open divertor.
Furthermore, the SAS divertor with the ion $B \times \nabla B$ drift away from the X-point also improves pedestal performance and core confinement. The confinement collapse associated with the onset of an X-point MARFE occurs at significantly higher pedestal densities for the SAS divertor than for the open divertor in DIII-D, thus widening the window of H-mode operation compatible with a dissipative divertor operation.
This work was supported in part by the US Department of Energy under DE-FC02-04ER54698 and DE-SC0010685.
1 H.Y. Guo et al 2019 Nucl. Fusion 59 086054; 2 A. E. Jaervinen et al 2018 Phys. Rev. Lett. 121, 075001