The Fusion Research Group (GIF) of the Autonomous University of Nuevo León (UANL) and the Department of Physics of the Saint Petersburg State University have signed an agreement for scientific-technological cooperation to develop a High Magnetic Field Program on the Spherical Tokamaks: Mexico – Russia. The present study is oriented into the magnetic systems design of our Tokamak magnetic confinement facilities, then, results of the designs are presented in this work: the first one is the magnetic system of the Low Aspect Ratio Tokamak “T with a magnetic field of 1.6 T [see the first reference], the second is the magnetic system of the Spherical Tokamak configuration developed at this time with the Saint Petersburg State University with two phases of operation, 0.5 T in the first one, and 3 T in the second stage.

Due the scientific and technological agreement previously commented, the fusion research group have decided to redirect efforts to the construction of the Spherical Tokamak with Russia, the present studies and the design considerations of the toroidal and poloidal magnetic systems has been useful to establish certain fundamental aspects involving the engineering construction criteria as: mechanical coil shape, magnetic field generation, conductor design, and the 3D CAD design of both toroidal and poloidal systems, which have allowed an optimal mechanical design regarding aspects needed for manufacture structural sections in our Tokamaks.

In the present work we generate D-shaped geometries with the considerations presented in previous works [2-5], the development of magnetic confinement devices using Low Aspect Ratio and Spherical Tokamaks configurations have been highly attractive because the interesting results with this type of geometry and its benefits on: plasma lifetime, plasma stability, development of systems with low-high temperature superconductivity, etc. 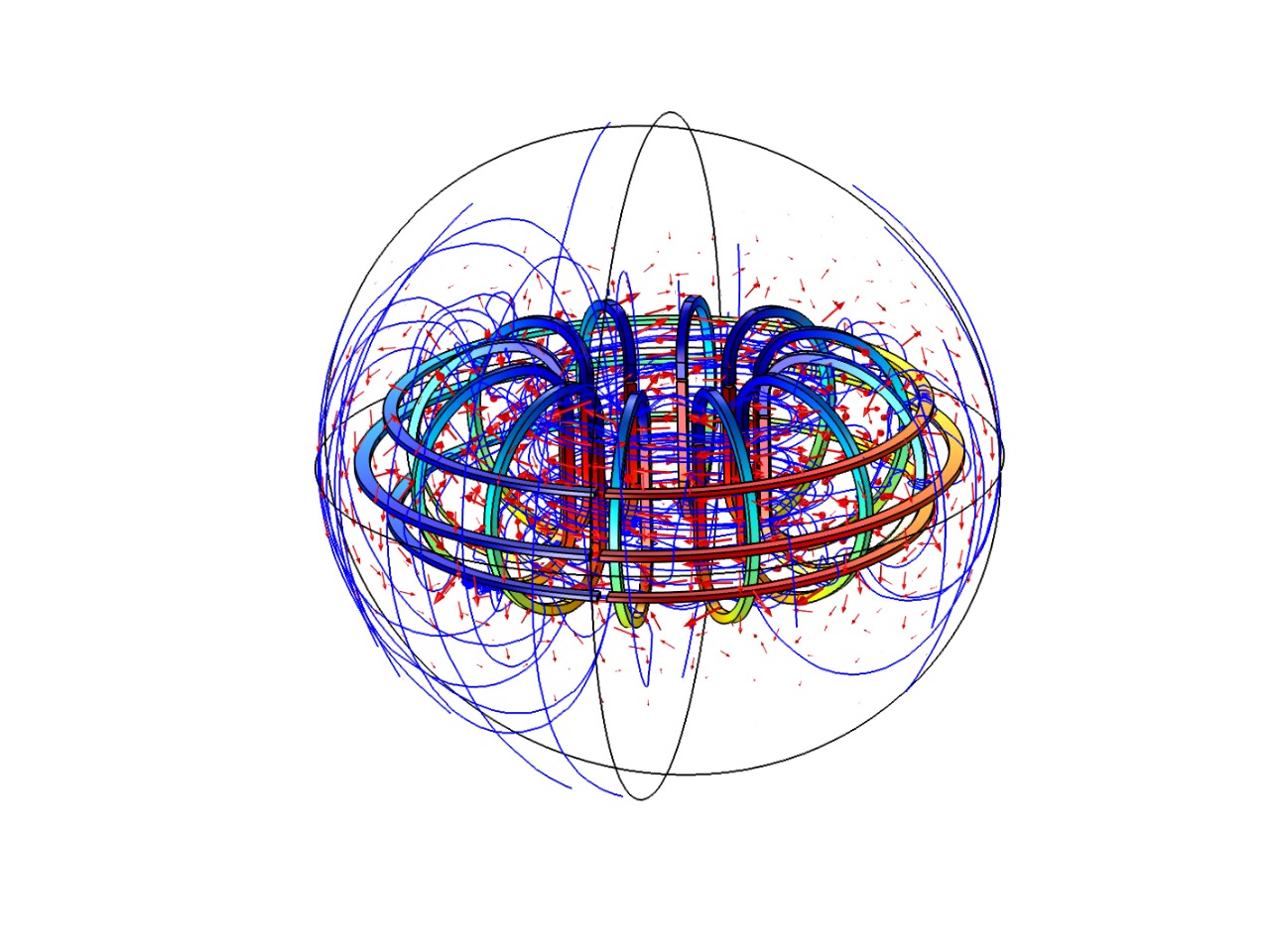 In the Low Aspect Ratio Tokamak “T” the material considered in the magnetic systems studies is copper, through this development, the Mexican team understood many aspects inherent on these devices, with Russia we have decided to develop High Magnetic Fields, the operation range into the new Spherical Tokamak configuration in the first phase will generate 0.5 T with a maximum plasma current of 300 kA in a 15 ms discharge (10 ms flat-top). The supply and control in the first phase may allow 4.3 kA discharges in the toroidal coils, at the final stage our facility will arrive to 3 T.

For the design of the D-shaped geometry, a mathematical parametrization was employed and programmable. The shape of toroidal coils follows previous works as [2]. Two solutions are parameterized from a differential equation and it is convenient to evaluate the functions numerically with a code (FORTRAN language), the shape form study also is based on the previous works [2-5], once obtained the D-shape coil, we determine the magnetic field curves with different current values and number of turns, also it was determined the area of the conductor and design, employing 3D CAD tools (SolidWorks / Inventor) to the toroidal and poloidal coils, simulations were carried out using COMSOL Multiphysics software.

Regarding the equilibrium problem in all the stages of the plasma discharge, one part of the study it was oriented respect the poloidal magnetic system, the numerical determination position in the experimental device. The evolution of the currents in the poloidal system and the chamber has important considerations due they can create the optimal starting conditions to the plasma.