The present gyrokinetic simulation study reveals roles of kinetic ion dynamics on the electron temperature gradient (ETG) turbulence and transport in magnetic fusion plasma, and provides new insights into a fundamental process in cross-scale interactions in plasma turbulence. The polarization effect due to finite ion gyroradius $\rho_i$ turns out to play essential roles not only in enhancement of the linear instabilities of the slab and toroidal ETG modes but also in the nonlinear saturation of the ETG turbulent transport.

In the slab ETG turbulence, which is supposed to drive the electron heat transport near the $q$-minimum surface, we found dominance of the long wave length fluctuations after the initial saturation of the instability growth in case with “kinetic” ions and in the electrostatic (ES) limit. The observed heat transport was quite strong and an order of magnitude higher than that of the “adiabatic” ions (where the ion density perturbation is approximated in proportion to the ES potential fluctuation) or the electromagnetic (EM) cases (Fig. 1). Detailed analysis of the linear stability has revealed enhancement of the ETG growth rate $\gamma$ in a long wavelength regime ($k_\bot \rho_i \sim 1$) by the ion polarization effect which was absent in the “adiabatic” ion model. In spite of the tiny enhancement of $\gamma$, the high saturation amplitude of the low $k_\bot$ mode brings a great impact on the transport. Interestingly, the long wavelength modes can be almost stabilized by the magnetic flutter in the EM turbulence, and lead to less impact on the transport in a finite $\beta_e$ (EM) regime of $\beta_e > (m_e/m_i)^{1/2}$. 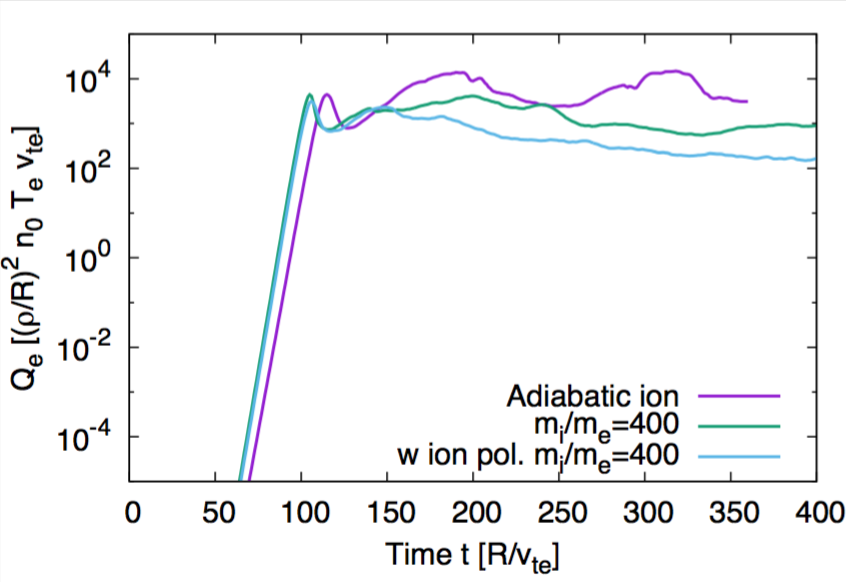 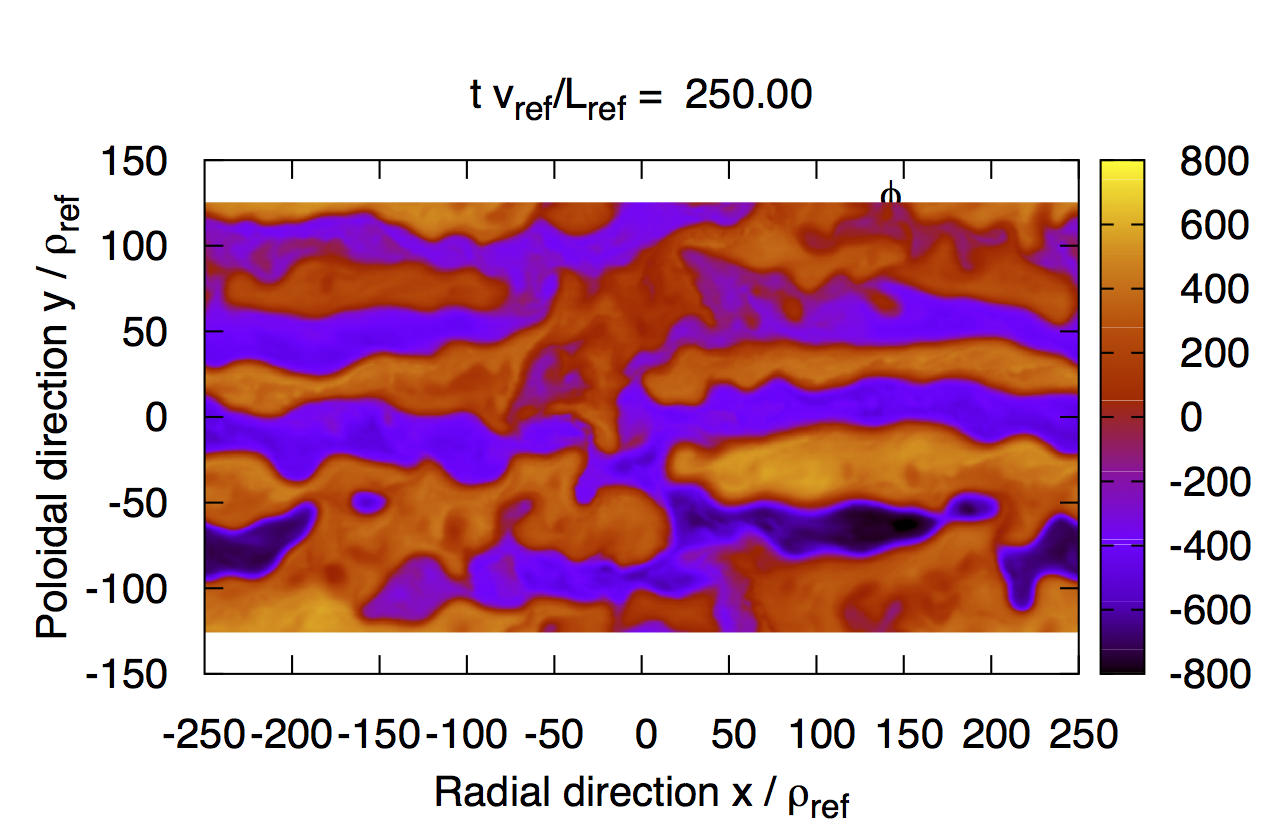 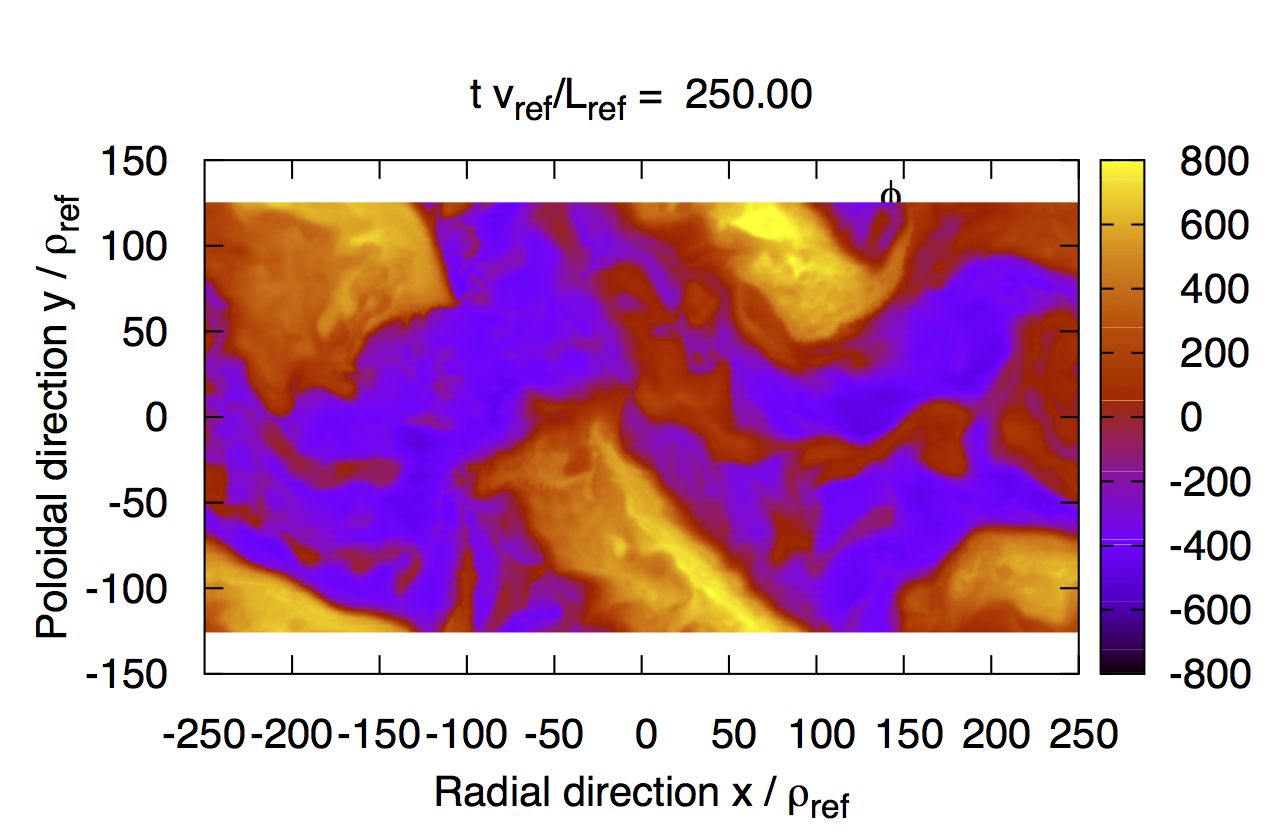