LHD and W7X are presently the largest two heliotron/stellarator working devices. The identical experiments were carried out using 2MW (port through power) ECRH in two different density cases of hydrogen plasma. One case was the low density case, where line averaged density ($\bar{n}_e$) was 1.5x10$^{19}$m$^{-3}$, and the other case was the high density case, where $\bar{n}_e$ was 3x10$^{19}$m$^{-3}$. In LHD, ECRH was 154GHz 2nd harmonic heating, while in W7X, 140GHz 2nd harmonic heating. In both devices, ECRH was central heating and more than 90% injection power deposited within $\rho$=0.2. The configurations of LHD was inwardly shifted configuration, where the magnetic axis position was 3.6m, at 2.75T. W7X was standard configuration at 2.5T.
Figure 1 shows comparison of the rotational transform ($\iota$) and effective helical ripple ($\epsilon_{eff}$). LHD is characterized by high $\epsilon_{eff}$ and high $\iota$ shear, while W7X is characterized by low $\epsilon_{eff}$ and low $\iota$ shear. The signs of $\iota$ shear in both devices are opposite to tokamaks. The finite $\epsilon_{eff}$ enhances neoclassical transport$^1$. In 1/$\nu$ collisionality regime, the neoclassical diffusivity is proportional to $\epsilon_{eff}^{1.5}$. In W7X, magnetic configuration was optimized to reduce $\epsilon_{eff}$. Then, neoclassical diffusivity is one order magnitude lower in W7X than in LHD at $\rho$>~0.5 for the same collisionality$^1$. 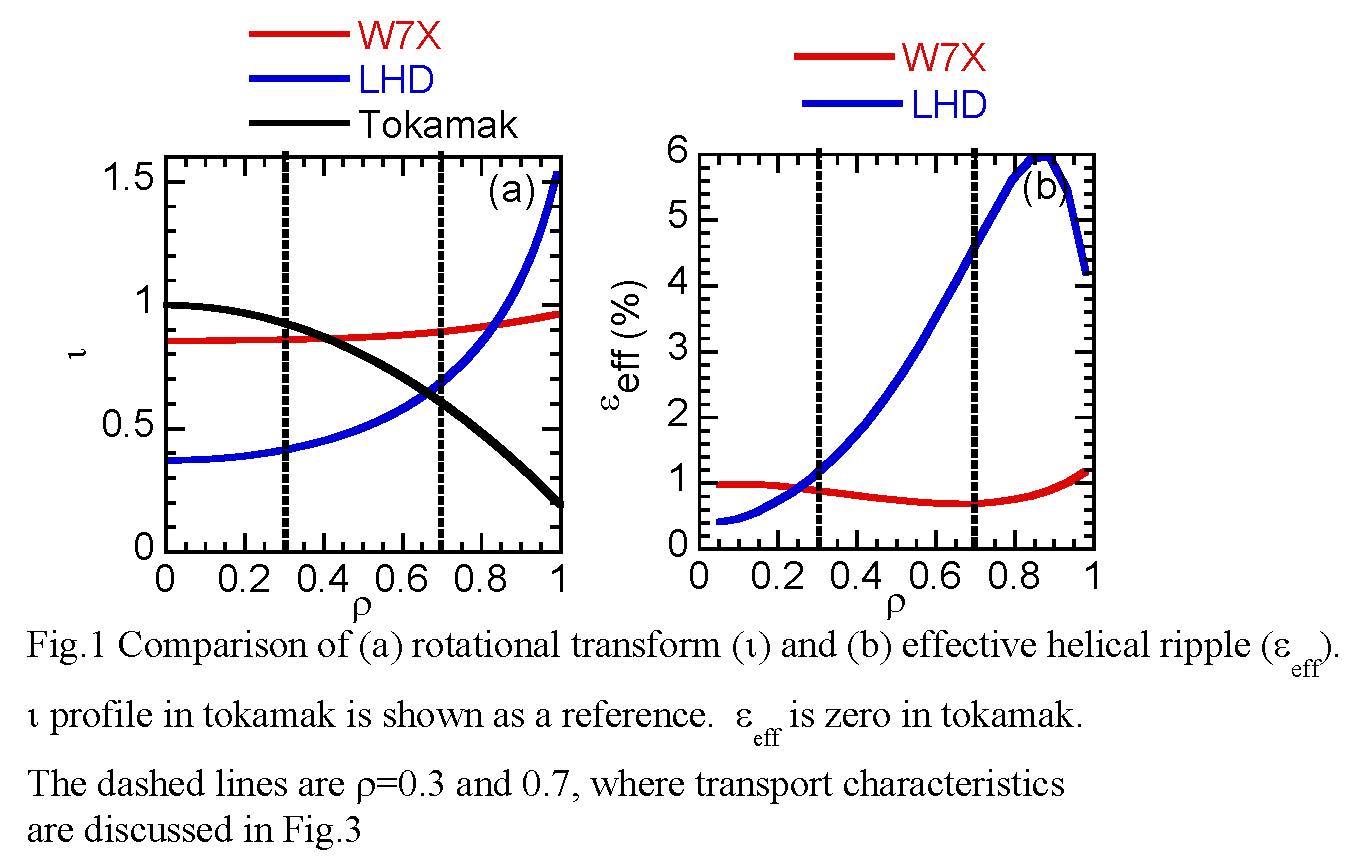 Figure 2 shows comparisons of profiles. As shown in Fig. 2 (d) and (h), the kinetic pressure is higher in outer region in LHD both in low and high density cases. This results in the higher kinetic stored energy and longer energy confinement time in LHD. However, central pressure is higher in W7X in both cases. Figure 3 shows a comparison of electron thermal conductivity of total values ($\chi_e^{total}$), which consists of anomalous and neoclassical contribution, and anomalous electron thermal conductivity ($\chi_e^{ANO}$) in low and high density cases. In Table 1, $\chi_e^{total}$, $\chi_e^{ANO}$ and neoclassical electron thermal conductivity ($\chi_e^{NEO}$) at $\rho$=0.3 and 0.7 are summarized. In Table 1, integrated power to heat fluxe of each transport contribution is shown. 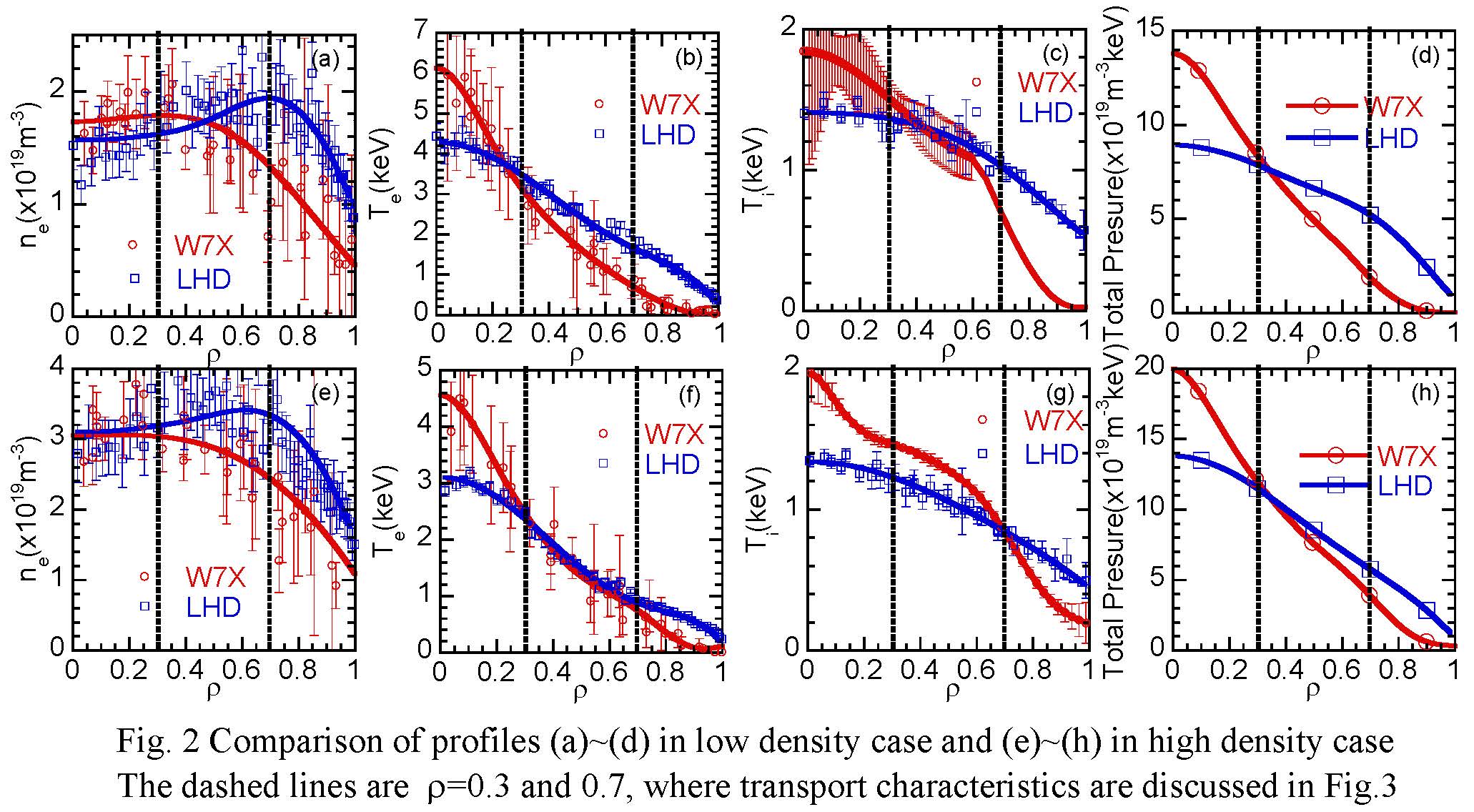 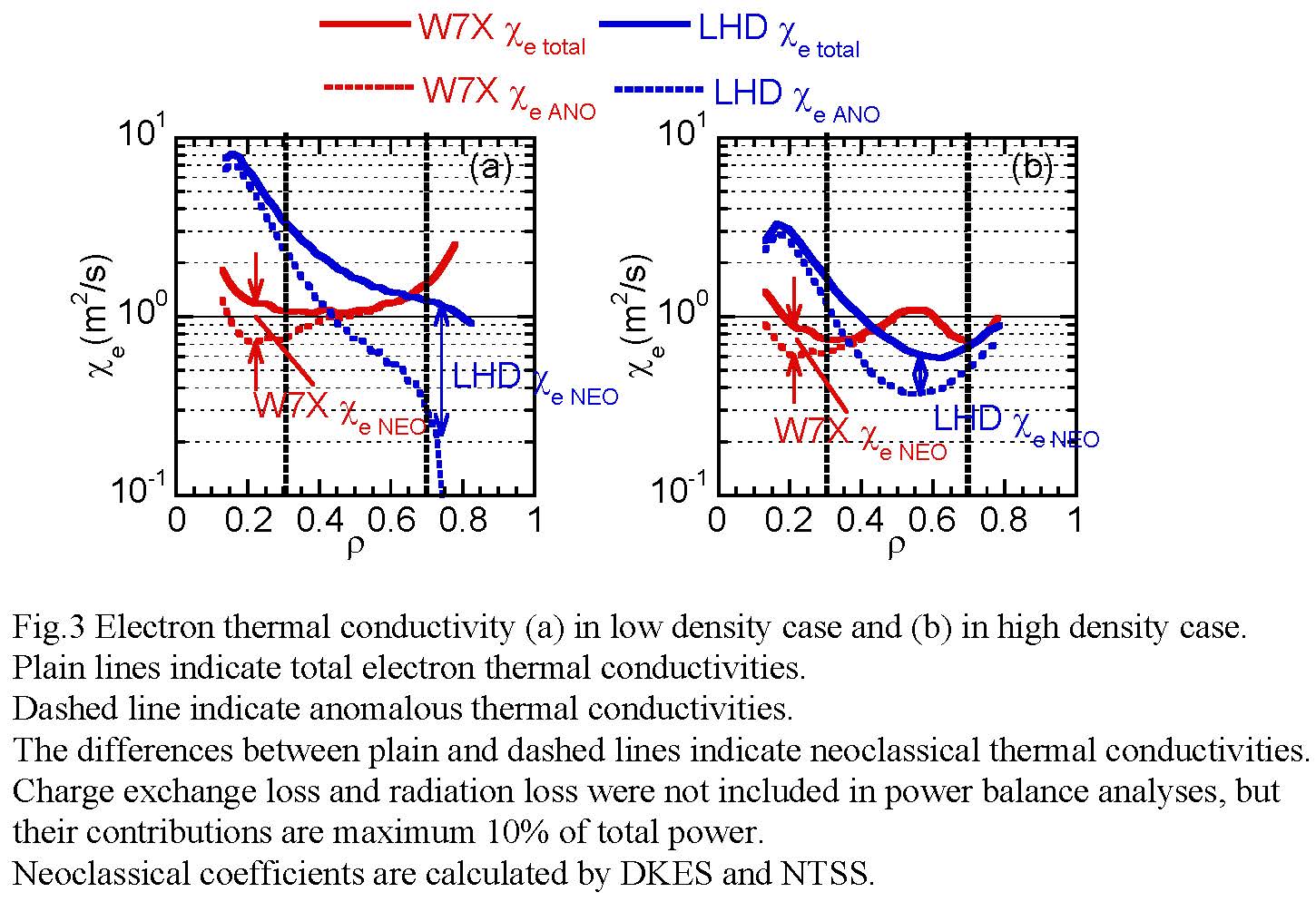 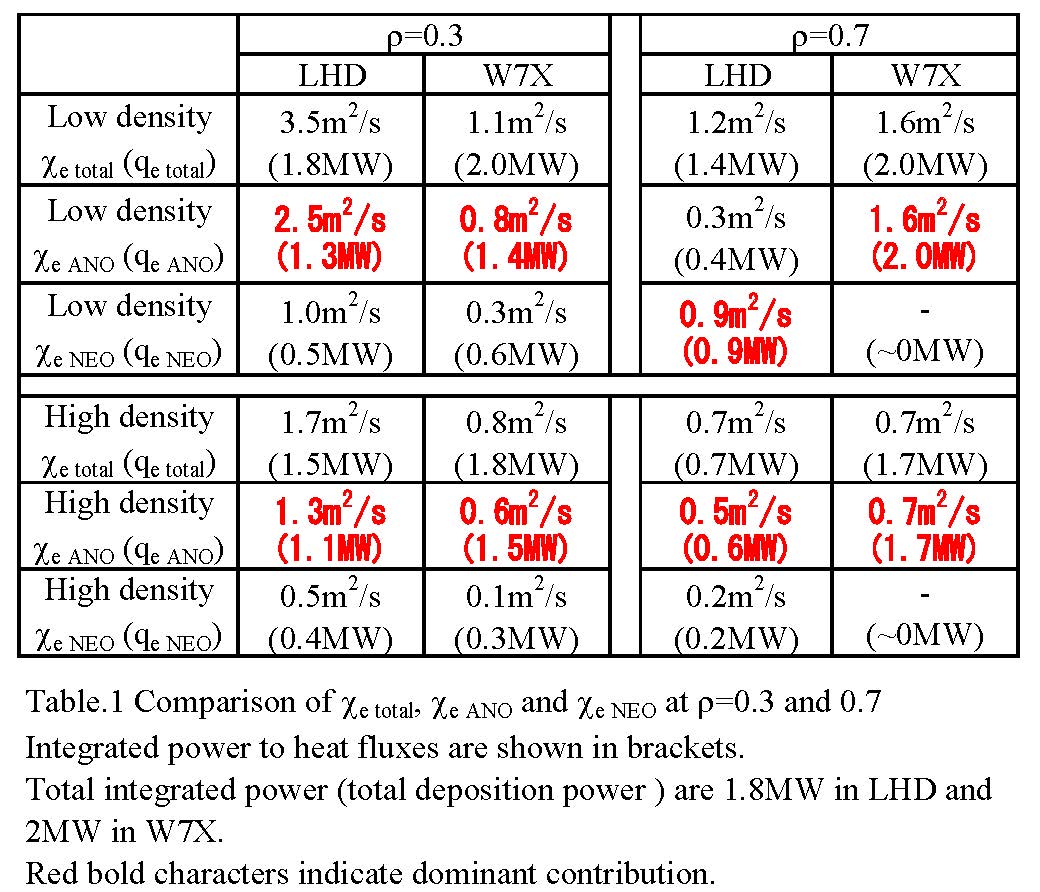