The Japan Establishment for a Power-laser Community Harvest (J-EPoCH) is proposed as a next generation laser facility having multi-purpose high repetition laser beams at the maximum rate of 100 Hz. The omnidirectional 12 laser beams with 8 kJ would yield ~$10^{13}$ neutrons with a Large High Aspect Ratio Target (LHART) (1). As one of the applications of J-EPoCH, a laser fusion subcritical research reactor has been conceptually designed based on existing technologies. Moreover, we can conduct a variety of fusion engineering studies: energy conversion, tritium (T) breeding, neutron irradiation effects, etc. Feasibilities of T breeding and preliminary energy conversion studies are proven according to calculations by the Particle and Heavy Ion Transport code System (PHITS) (2).

Fusion researches have been focusing on plasma physics. ITER is under construction to prove the feasibility of fusion burning. Its operation will start with hydrogen plasma in 2025 and then will change to deuterium-tritium (DT) plasma in 2035 (3). During the phase of DT plasma experiments, T breeding and power generation will be partially studied with test blanket modules. After that, DEMO reactors are proposed without any integrated experiment as a fusion system. Especially tokamak DEMO reactors are designed to generate several GW of thermal energy and to produce ~100 kg of T per year (4, 5). On the other hand, the Laser Inertial Fusion Test (LIFT) reactor has been designed as an experimental reactor with three technical phases (6). The laser fusion system will be developed step by step. However no facility with a high repetition and high power laser system exists to demonstrate required technologies. Eventually, a lot of engineering issues still remain to realize the fusion reactors. We propose the laser fusion subcritical research reactor with J-EPoCH which makes it possible to conduct a variety of fusion engineering studies on energy conversion, T breeding, neutron irradiation effects, etc.

J-EPoCH would be capable to stably generate laser fusion pulse neutrons of $10^{13}$ n/shot with LHART as a laser fusion subcritical research reactor. Figure 1 shows the system which consists of a core, a target delivery system, a vacuum chamber and a vacuum pump. The core is replaceable to conduct various fusion engineering experiments. Each LHART is contained in a capsule, which is delivered at the center of the core shot by shot. A linear motor driven injector can deliver targets with high repetition of more than 1 Hz. The opportunities of neutron irradiation with fluence of ~6.6 x $10^{13}$$\, \mathrm{n/m^2}$ per shot would be provided at a radius of 10 cm. Figure 2 shows the cross section of the concentric core. Neutron – thermal (n-t) conversion by $\rm{B_4C}$ and T breeding by LiPb are preliminarily estimated by PHITS. The energy deposition to the $\rm{B_4C}$ core from a DT fusion reaction is calculated as shown in Figure 3. An alpha particle does not reach to the $\rm{B_4C}$ layer. The thermal energy of 8.72 MeV would be converted from a 14.1 MeV neutron in the $\rm{B_4C}$ layer. It corresponds to 14 J thermal energy per shot. Temperature raise of several mK should be observed per shot. The numerical estimation of the thermal energy conversion will be validated by experiments with the subcritical research reactor. Figure 4 shows T yield in the LiPb core by a fusion neutron. A T yield is expected to be 9.1 x $10^{11}$ /shot. The feasibility applying the subcritical research reactor to fusion engineering researches is proven above. Other candidate materials for n-t conversion and T breeding are able to be assessed by replaceable cores. 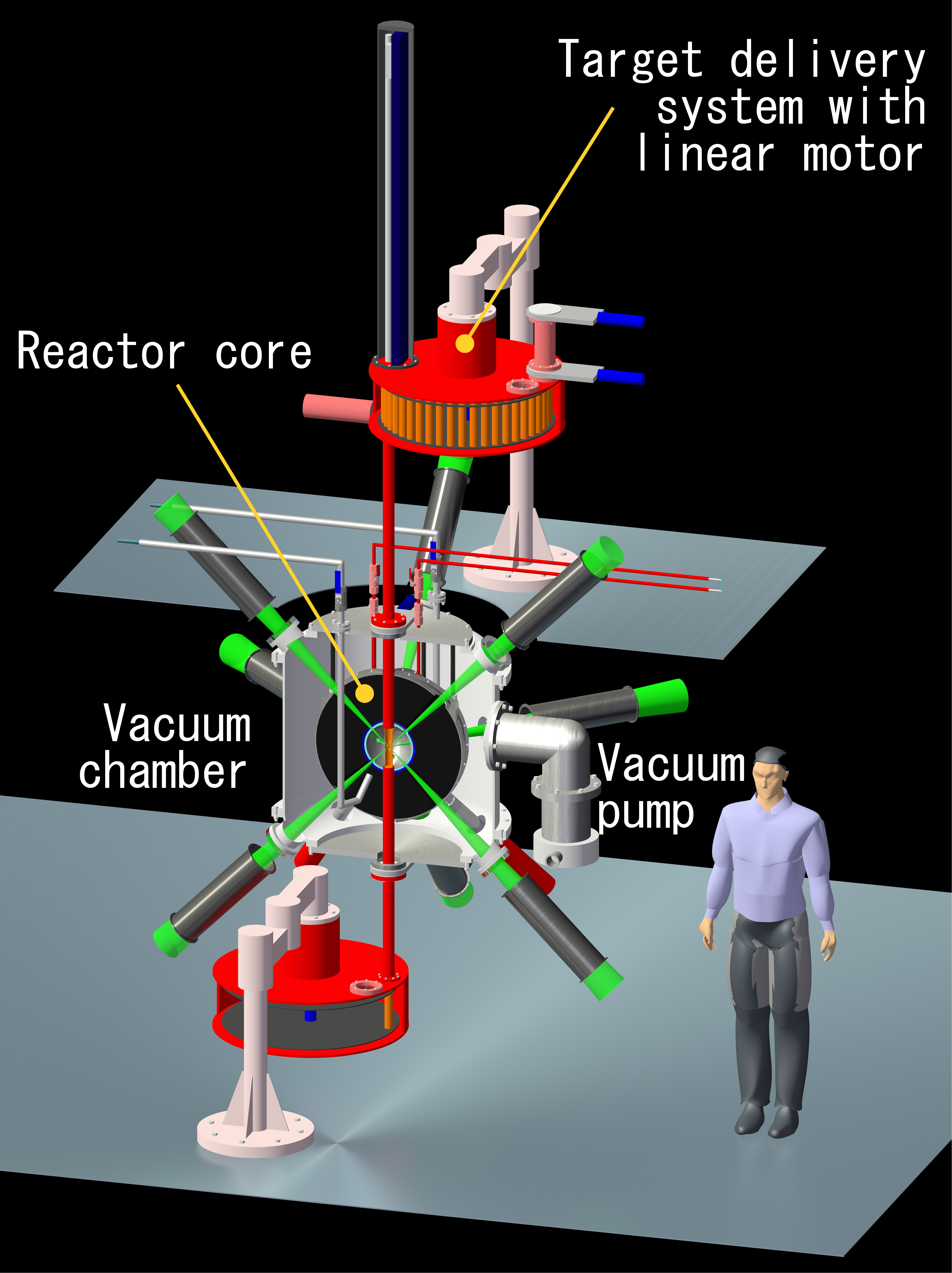 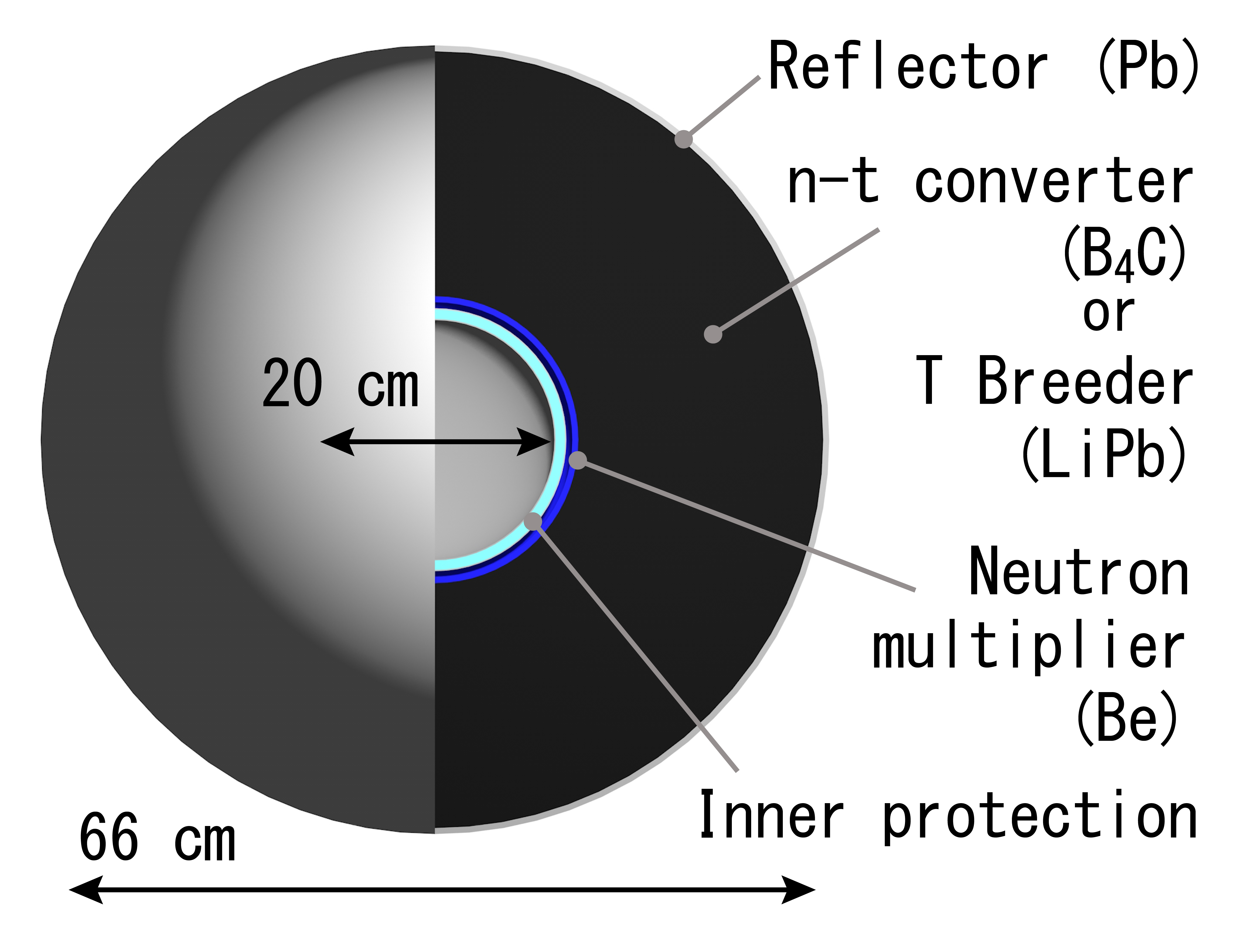 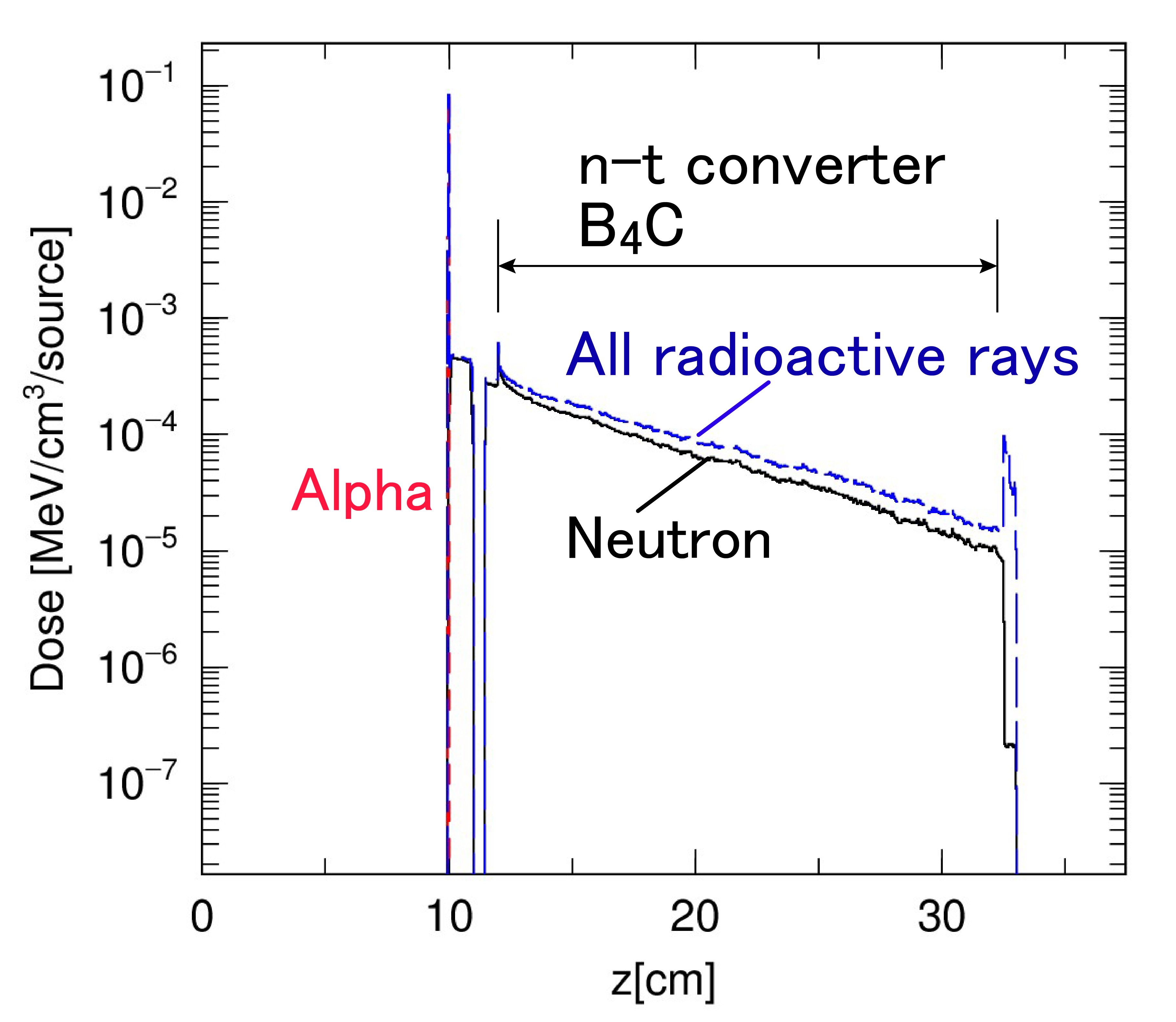 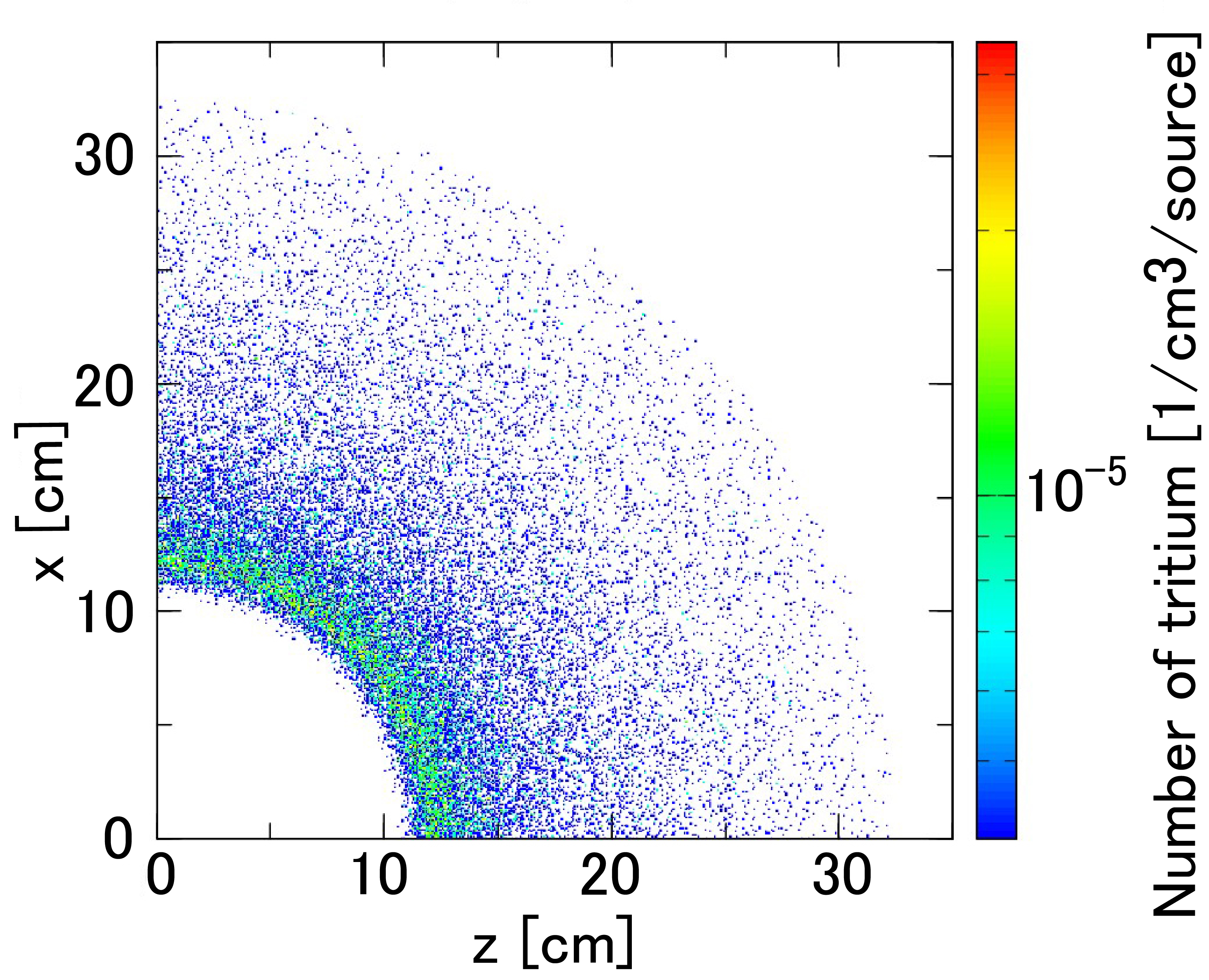 The laser fusion subcritical research reactor is attractive and worth constructing for systematical studies on neutron irradiation effects, n-t conversion, T breeding and so on as changing core materials and experimental conditions.