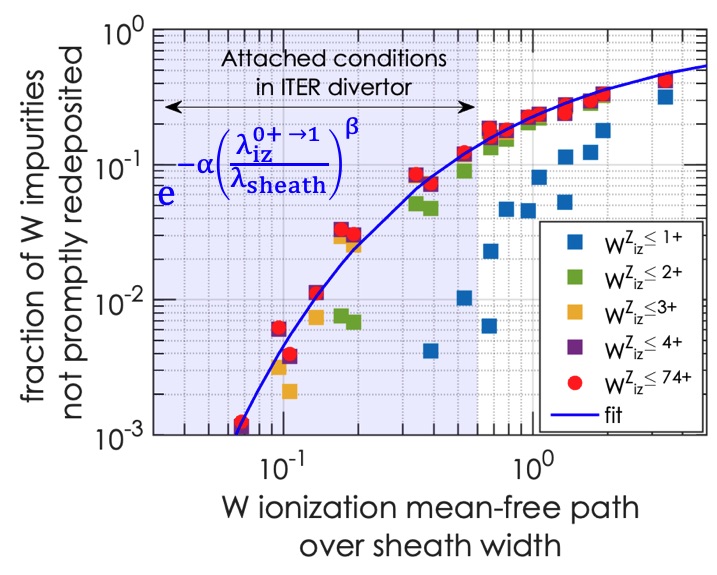 Besides, S/XB coefficients (number of ionization events per photon) for high‐Z impurities like tungsten are significantly reduced in high‐density divertor plasma conditions (fig. 2) when sputtered impurities are ionized within the sheath region, where electrons are repelled by the sheath electric field. The modification of the electron distribution in the sheath region must be taken into account to accurately estimate the ionization and emission rates and derive the S/XB coefficients used to determine the flux of impurities from divertor PFCs [3]. 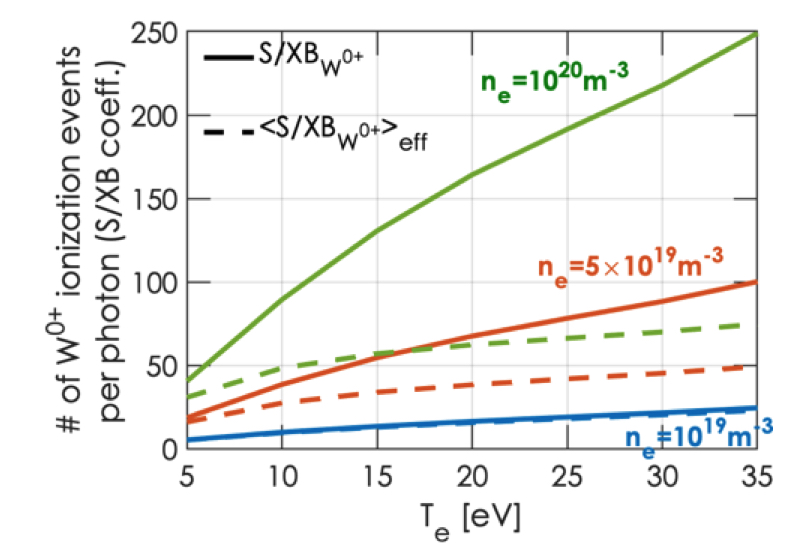 Reliable predictive modeling of the net erosion of tungsten divertor PFCs requires first- principles estimations of the critical physics parameters (tungsten ionization rates and sheath width) controlling tungsten prompt redeposition, and an experimental assessment of the validity of those parameters. New ground, metastable, and some excited state ionization rate coefficients for tungsten have been calculated using non-perturbative methods, with a range of possible scaling results that allow data for all of the excited states to be evaluated. New excitation and ionization data for neutral tungsten shows that the majority of the ionization at sheath temperatures and density conditions is due to excited state ionization. High wavelength resolution observations of neutral tungsten spectral line in the UV range in the DIII-D divertor support the benchmarking of the new dataset. 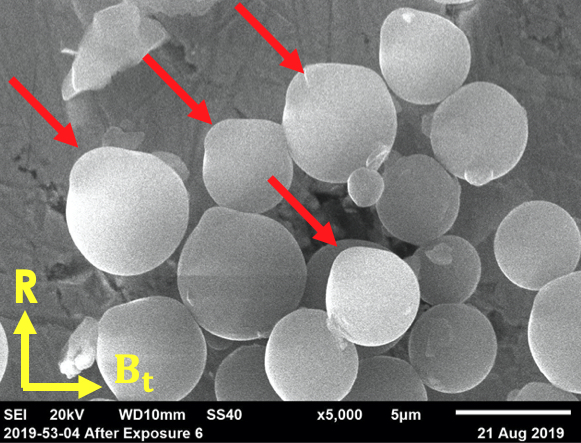