The experiments presented in this paper were carried out in the HL-2A tokamak with the following parameters: plasma current $I_P= (120-200)~kA$, toroidal magnetic field $B_t = (1.2-1.8) ~T$ and electron density $n_e = (0.5-2)\times 10^{19} ~m^{-3}$. A typical RE generation enhancement during disruption induced by LHCD is shown in Fig. 1, where the temporal evolution of the main parameters is plotted for shot 27908. LH power with 0.18 MW was launched into the Ohmic plasma during the current flat-top phase at 600 ms. A significant rise in the HXR signal with the LHW injection, as shown in Fig.1 (b), which indicates that the LHWs were absorbed by the plasma and a large number energetic electrons were produced in the plasma [3]. The plasma was triggered to disrupt by massive gas injection (MGI) at 700 ms. A runaway current plateau was formed during the current quench phase. Compared with the plasma disruptions without LHCD, the disruptions with LHCD generate very easily a runaway current plateau. To understand the physical mechanism, the HXR camera is used to determine the evolution of energetic electrons. The HXR measurement results show that energetic electrons are created by LHWs and their energy reaches 200 keV during LHCD, then the electrons are converted directly into runaway electrons during disruptions due to the rapid dropping in the plasma temperature and rapid increasing in the toroidal electric field. 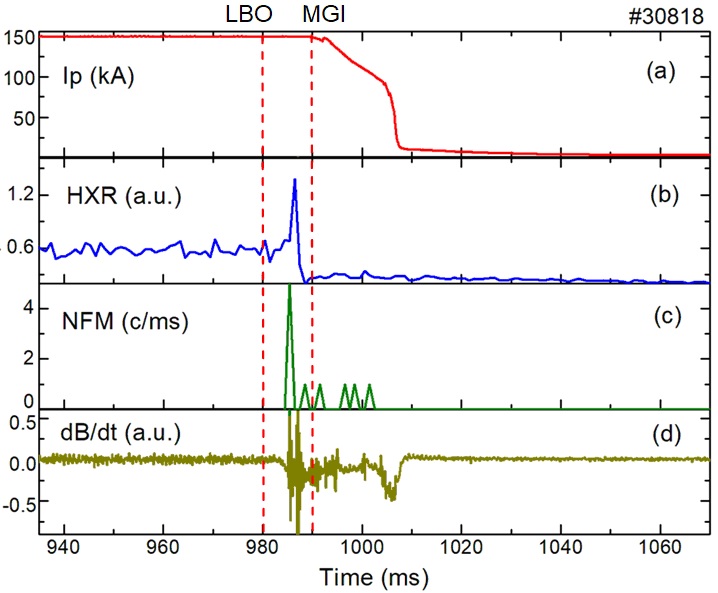 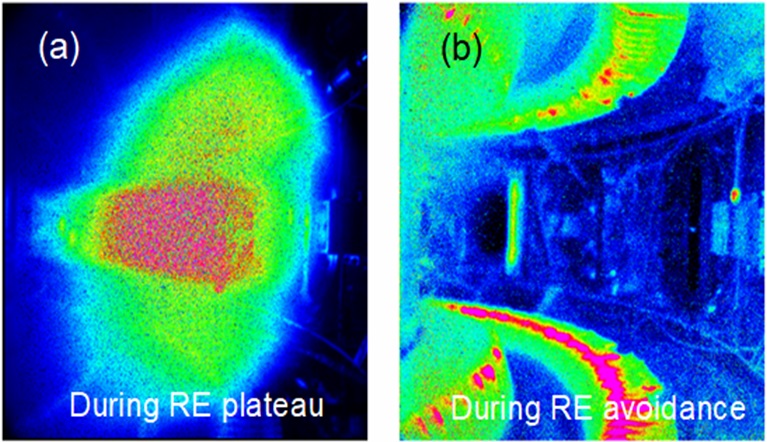