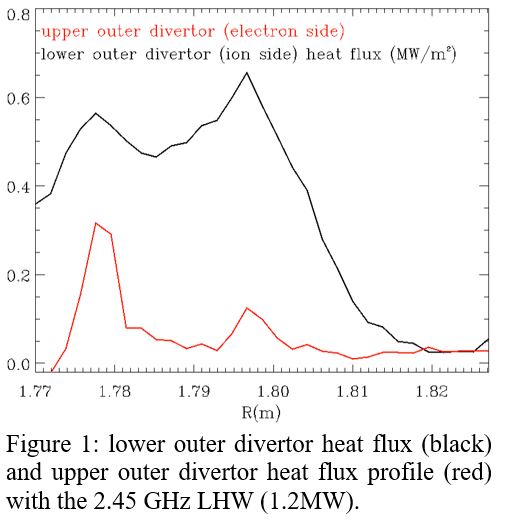 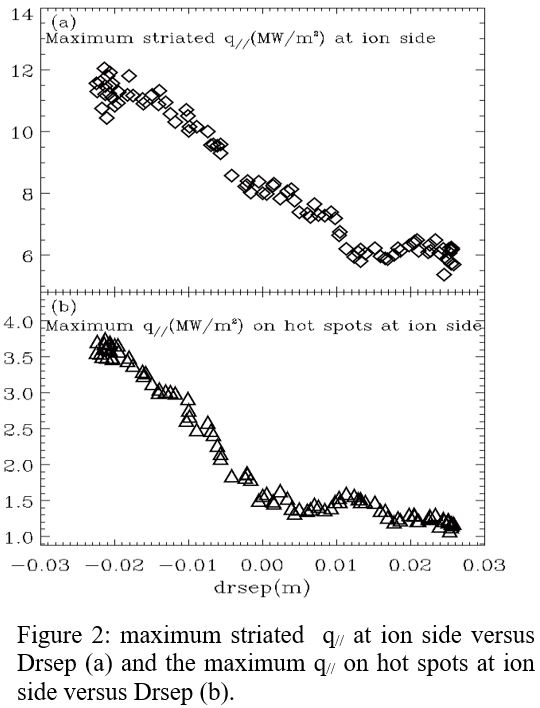 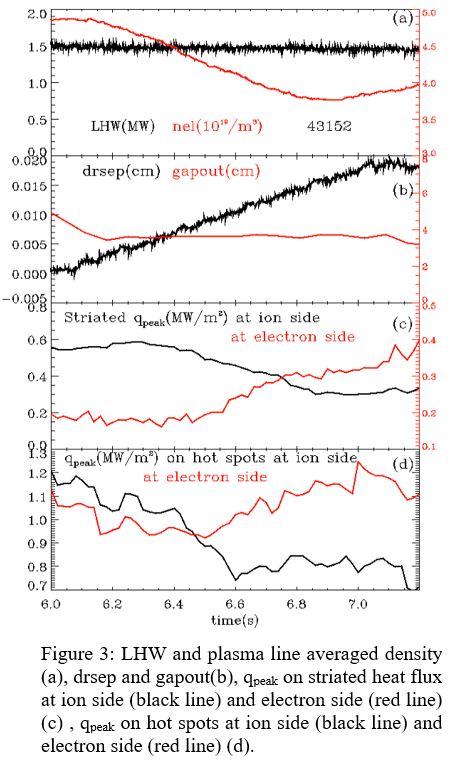 At higher plasma density ~3.5×1019/m3, the striated heat flux appeared at the electron side. Fig. 3 shows an EAST L-mode with Ip=0.4MA and 1.4MW LHW. The striated qpeak at the ion side and qpeak on hot spots at the ion side decreased from double null (DN) to USN, which could be induced by both the decreasing plasma density and changes in divertor geometry. However, the striated qpeak at the electron side increased from 0.2MW/m2 to ~0.3MW/m2 when drsep increased from 0 to 1.5cm, despite the decreasing plasma density from 4.7×1019/m3 to 3.7×1019/m3. Meanwhile, the qpeak on the hot spots at the electron side increase from 0.9 to 1.2MW/m2 when the divertor geometry was changed from DN to USN.
However, the mechanism for the observed ion-electron side asymmetry on the LHW induced striated heat flux is still unknown, e.g. not explicable via Landau damping. Further research is needed for LHW edge loss control and first wall protection.
This work was supported by the US DOE contract DE-SC0016915 and National Natural Science Foundation of China (Grant No. 11775259).