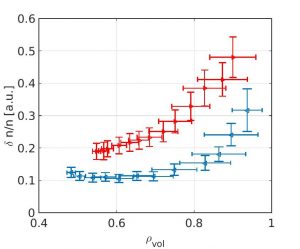 SOL Turbulence – A set of experiments has been performed to connect the core turbulence with turbulence in the scrape off layer. Both gas puff imaging (GPI) and reciprocating probe (RCP) measurements have been used. Figure 2 shows the evolution of the ion saturation current and the gas puff imaging brightness as discharge triangularity is stepped from -0.4 to -0.2 to 0.0. There is a clear reduction in SOL turbulence correlated with the improvement in energy confinement and there is a clear reduction in the plasma wall interaction with increasing negative triangularity.
The SOL measurements indicate that the consequences of negative triangularity are confined not solely to the plasma core but manifest themselves in reduced SOL fluctuations and, more significantly, on reduced plasma/wall interaction. It must be mentioned that the discharges described above were ohmic, limited discharges. It is planned to continue these experiments with diverted and additionally heated discharges. 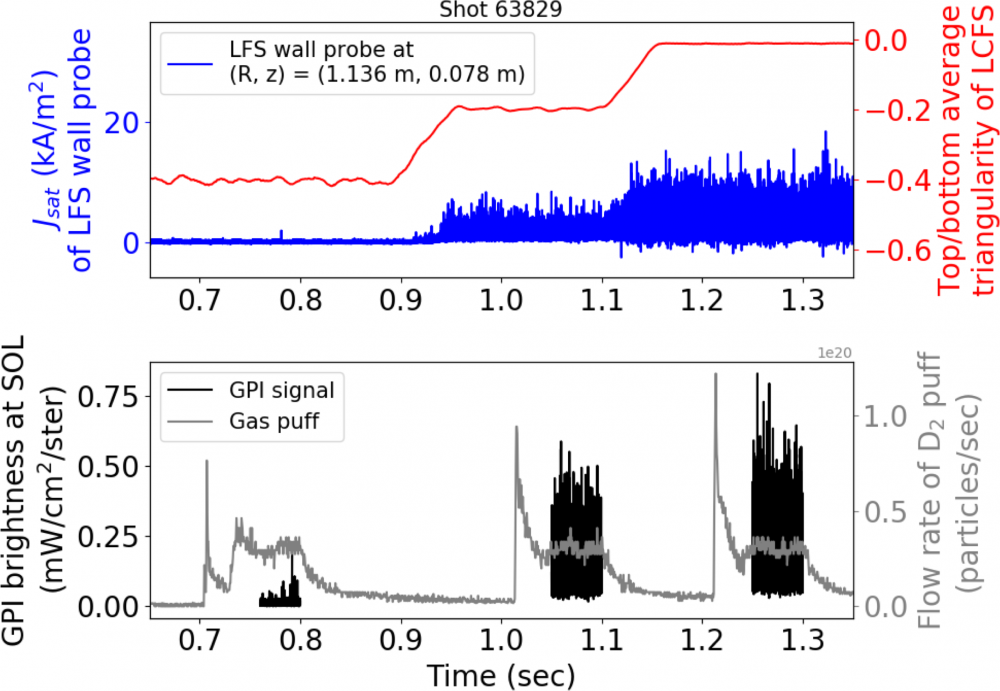 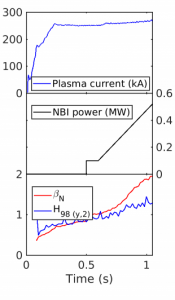