The Chinese Helium Coolant Ceramic Breeder (HCCB) Test Blanket Module (TBM) and its ancillary systems (together called Test Blanket System or TBS) is one of important steps for the China magnetic confinement fusion development, which will contribute to validate the key tritium breeding blanket technologies under the burning plasma environment, including tritium extraction, heat removal, integration safety, etc. In the past two years, the design of HCCB TBS was continuously optimized based on the analysis and R&D results. Also the safety of HCCB TBS has been assessed to support the preliminary design. 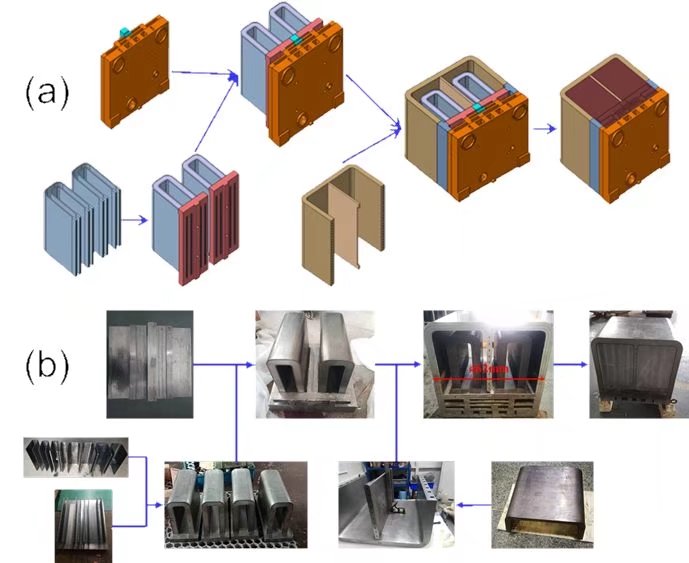 As the core component, the HCCB TBM-set design was optimized, considering thermo-mechanical performance and manufacturability. The major change is the optimization of coolant flow diagram to avoid the local high temperature, though it is in the limit range. Also the purge gas flow path is adjusted to mitigate the tritium concentration at the corners of breeding zones. After the design optimization, the tritium performance of TBM still keeps at the same level as before, about 58mg/full power day. The thermo-hydraulic and thermo-mechanical performance has been checked, and the results show that the temperature and stresses are below the allowable value. Following the assembly scheme, the semi prototype of TBM has been fabricated and tested, which verified the manufacturability of the TBM design. The further optimization is ongoing taking into account the compressed pebble bed behaviors of functional materials and its neutronics impact. The integration scheme of the TBM shield is also updated considering the difficulty of the fabrication process, which will not change the structure design of TBM shield and the mockup fabrication is under plan. Considering the tritium release during the operation, one enclosure with the local detritiation system has been added for the helium cooling system (HCS) to reduce the tritium concentration in the room and the seismic analysis has been performed to verify this update. The design of the neutron activation system (NAS) has been also optimized according to the experiment and the investigation of key components. Besides, the I&C architecture has been developed to realize the conventional control, interlock and safety functions of ITER and HCCB TBS. The control by state machine requested by ITER for conventional control has been practiced and achieved in the helium testing loop (HeCEL-1). 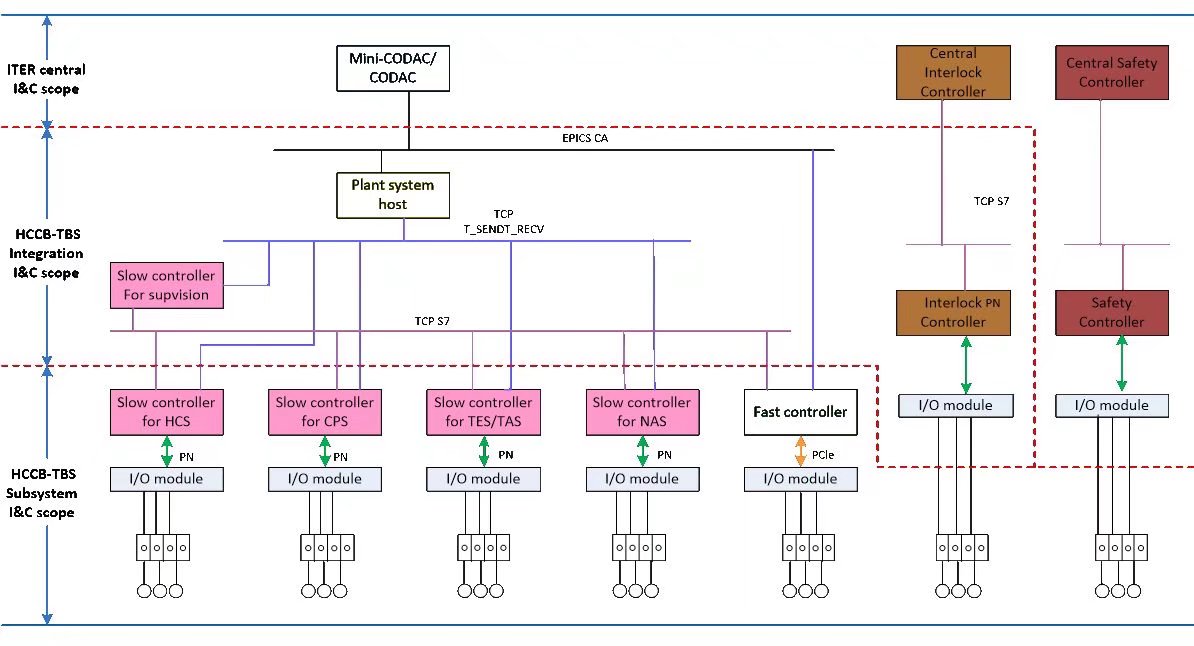 ITER had been recognized as a basic nuclear installation (INB) by French nuclear safety authority ASN. The HCCB TBS system design should follow various nuclear safety requirements to control the radioactive risks from tritium and other neutron activation products produced during operation.

The detailed nuclear analysis has been performed to identify source term inventories. The dose rate has been evaluated to demonstrate the radiation levels in different locations during ITER operation and maintenance phases which meet the ITER radiation zoning requirements. Multiple confinement barriers are designed to control tritium and mobile radioactive dusts, allowing the contamination level in each room to be compliance with ITER ventilation zoning. ALARA principle is being implemented in the design of HCCB TBS. Actions, including choices of advanced materials, improvement of shielding, reduction of activated materials and release of tritium, optimization of operation and maintenance activities, etc., have been considered to minimize the radioactive release and radioactive exposures to personals and public.

Several potential envelop accidents have been identified and analyzed, including loss of flow of cooling system; loss of coolant (break of TBM cooling channel or HCS pipes) in different locations, break of tritium systems, break of heat exchanger between HCS and ITER water cooling systems etc. During all accidents, because of the intrinsic safety characteristics of fusion device, after fusion plasma shutdown passively or actively, the decay heat in HCCB TBS will be removed through thermal radiation to large surface of ITER machines, without further over-temperature issues. The release of radioactive contents will be controlled by safety measures. No major safety consequences have been identified through accident assessments.

According to the agreement between China and ITER, after operation in ITER, the irradiated HCCB TBM is expected to be transported back to China for further post irradiation tests (PIE) using special transport casks. Remaining rad-wastes from dismantling are assumed to be processed and disposed in French rad-waste facilities. Characteristics of these rad-waste and safety issues for handling them have been assessed.

Currently, the manufacture feasibility and safety of the HCCB TBS have been preliminarily verified by the R&D and safety assessment. Before the finalization of the design of HCCB TBS, the more detailed R&D and experiments will be performed to check the reliability and safety, also the compliance with the French regulations will be consulted with the agreed notified body (ANB).