In 2.5-Dimension, when the Hall parameter (ratio of ion skin depth to the characteristic length of the system) and perpendicular potential components initialize to zero, the RHMHD model reduces to Reduced MHD model [1]. In 3D, even for extremely small values of Hall parameter and zero perpendicular potential components, this model retains the helical nature of magnetic and velocity fields. These helical magnetic and velocity components make the 3D flux tubes more realistic as found in tokamak and solar corona. Hence, this RHMHD model is perhaps more suitable to investigate reconnection physics.

One of the important issues is to investigate the role of Hall physics including the flow dynamics along and across the guided $B$-field as flow critically controls the plasma dynamics around reconnection zone. As a test case, magnetic island coalescence problem [3,4,6] has been studied to understand the physics of magnetic reconnection. So, in this work, we investigate the island coalescence problem using the ``Reduced Hall MHD (RHMHD)" model [7] in the incompressible limit using a vorticity-vector potential model within a single fluid framework. As is well known, using Fadeev's equilibrium [2], in the current island coalescence instability, magnetic reconnection is driven by the attraction force between two nearby parallel currents islands. The current sheet thus formed between the islands, because of this attraction force, acts as a reconnection site. In resistive MHD model, for smaller resistivity values, the flux pile-up in currents sheet inhibits further attraction between the current isl7] is used, which captures, apart of the standard reconnection physics, the Hall effect and the effect of the plasma flow field, in the out-of-plane and in-plane directions to the reconnection zone. Using magnetic island coalescence as a test problem, we report enhanced reconnection rates.

To investigate some of these issues, a 2D/3D Reduced MHD solver has been developed. Using this solver, we address the evolution of Fadeev's equilibrium [2] when perturbed. We numerically calculate the eigenfunctions (SEE Fig.1 and Fig.2) and have compared our results with those given in Ref. [4]. In Figure.3, growth rate of island coalescence instability for different island sizes has been plotted (from our code and from Ref.4). To further benchmark our code in the limit of zero Hall parameter, we have plotted time variation of the position of O-point (see Fig.5) and compared our results with those of Ref.[5]. 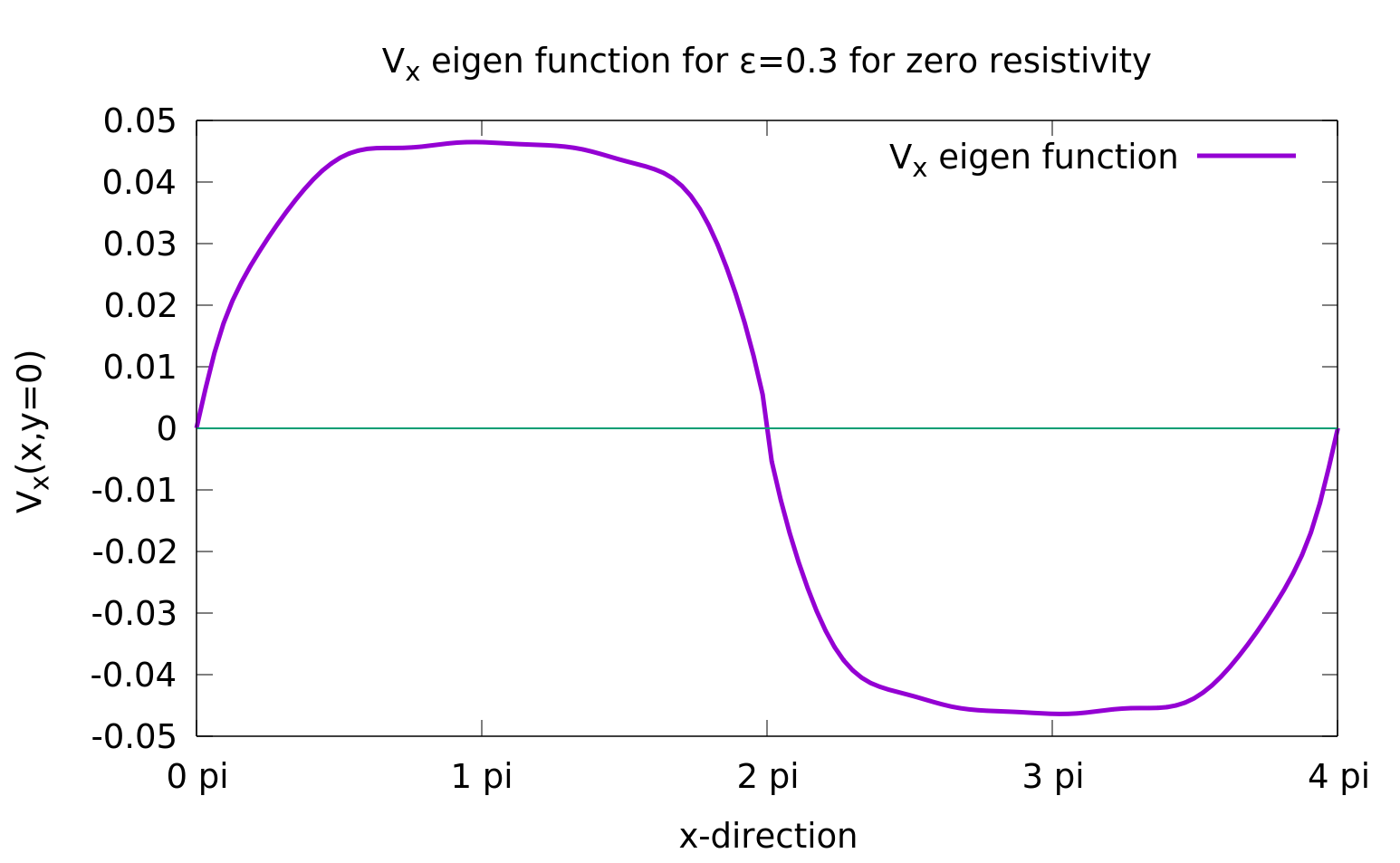 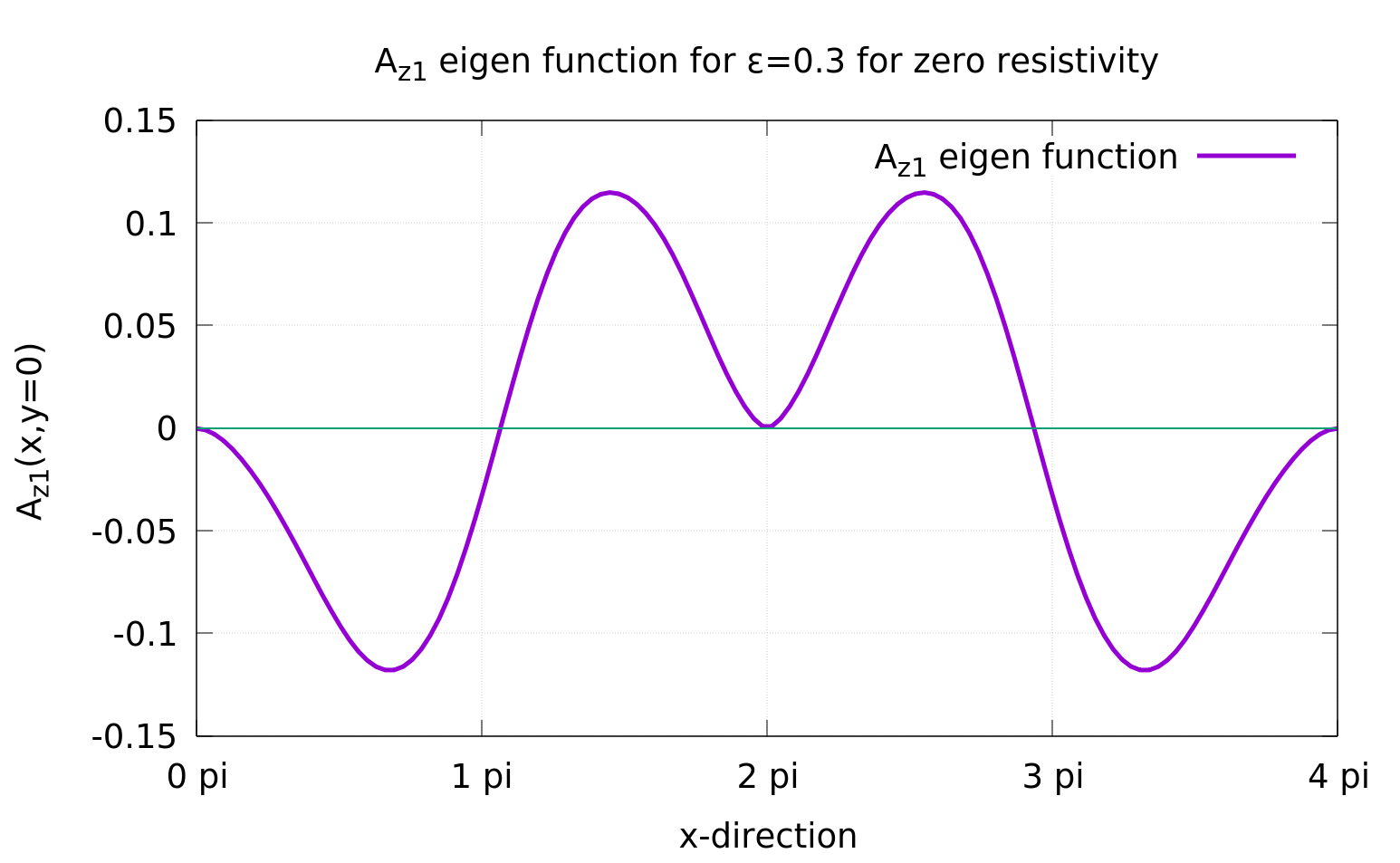 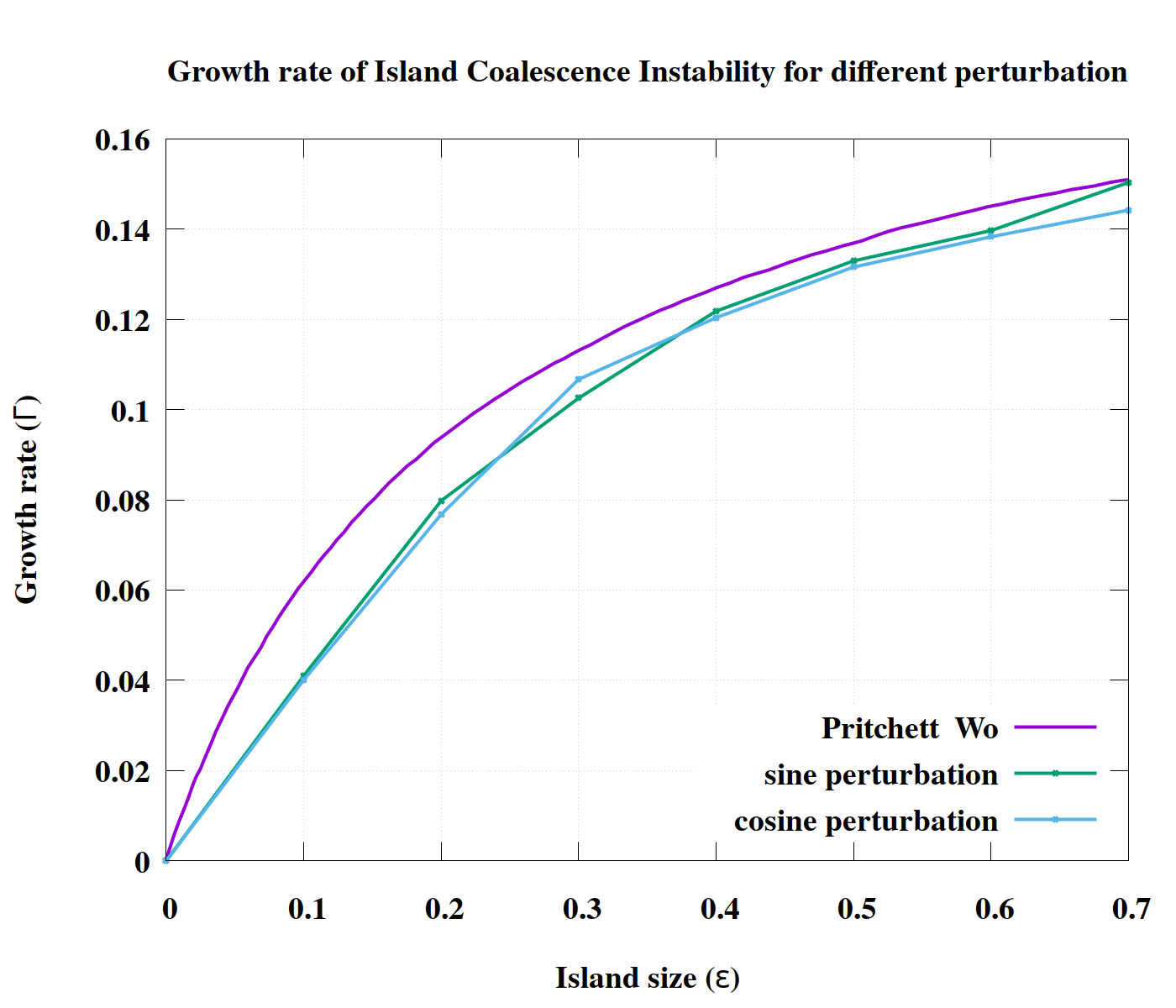 With this model and a well-tested code, we study current island systems for various values of above-stated parameters such as finite resistivity, finite non-zero Hall parameter, different magnetic island sizes, etc. The effect of perpendicular component of vector potential and stream function in RHMHD model [7] is found to change the dynamics of island evolution. This, in turn, controls the evolution as well as reconnection rate of flux tubes in 3D. A detailed study of these 2.5D island structures and 3D flux tubes will be presented.