Large amounts of runaway electrons are predicted during ITER disruptions which could lead to severe damage (erosion and melting) and limit the lifetime of the plasma facing components (PFCs) 1. Indeed, the control and mitigation of the runaway electrons constitute one of the priorities of the disruption mitigation system (DMS) in ITER 2, the injection of high-Z impurities by Shattered Pellet Injection (SPI) actually constituting the most promising candidate.

Evaluation of the runaway current formation during the disruption has been often carried out without including self-consistently the vertical motion of the plasma eventually hitting the wall [3]. In this paper, a simple 0-D model which mimics the plasma surrounded by the conducting structures [3] and including self-consistently the vertical plasma motion and the generation of runaway electrons during the disruption is used for the assessment of the effect of vertical displacement events on the runaway current formation. The total plasma current and runaway current at the time the plasma hits the wall will be compared and the effect of injecting impurities into the plasma will be evaluated. It is found that, in the case of ITER, with a highly conducting wall, although the total plasma current when the plasma touches the wall is always the same, however the runaway current can significantly decrease for large enough amount of impurities (left Fig.1). The plasma velocity is larger and the time to hit the wall shorter (right Fig.1) for lower runaway currents, when larger amounts of impurities (larger densities) have been injected, in consistency with the experiment (Ref [5]).

When the plasma reaches the wall, the scraping-off of the runaway current occurs. During this phase, the plasma velocity and electric field can substantially increase leading to the deposition of a noticeable amount of energy on the runaway electrons [6]. This is illustrated in Fig.2 for the same 15 MA disruption than Fig.1. It is assumed that at the start of the current quench the density is ne0 = 5 10^21 m-3 and that at Dt a second impurity injection occurs increasing the density to ne. It is found that an earlier second injection reduces the amount of energy deposited on the runaways. Also larger temperatures during the scraping-off might be efficient in reducing the power fluxes onto PFCs.

*The first autor wishes to thank F.J. Artola for helpful suggestions. This work was done under financial support from Dirección General de Investigación, Científica y Técnica, Project No.ENE2015-66444-R (MINECO/FEDER, UE), and from the ITER Organization under contract IO/13/CT/430000875. ITER is the Nuclear Facility INB no. 174. This paper explores physics processes during the plasma operation of the tokamak when disruptions take place; nevertheless the nuclear operator is not constrained by the results of this paper. The views and opinions expressed herein do not necessarily reflect those of the ITER Organization. 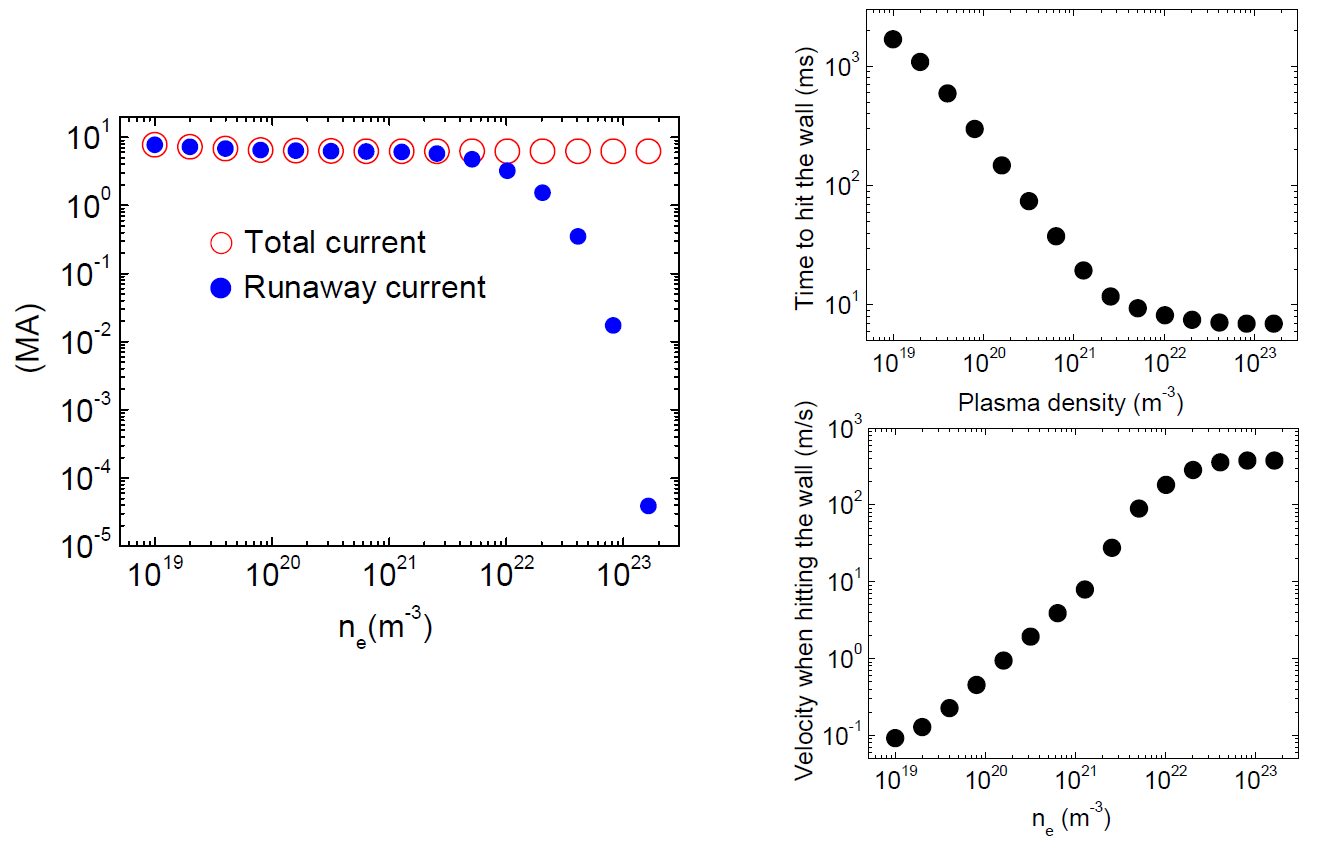 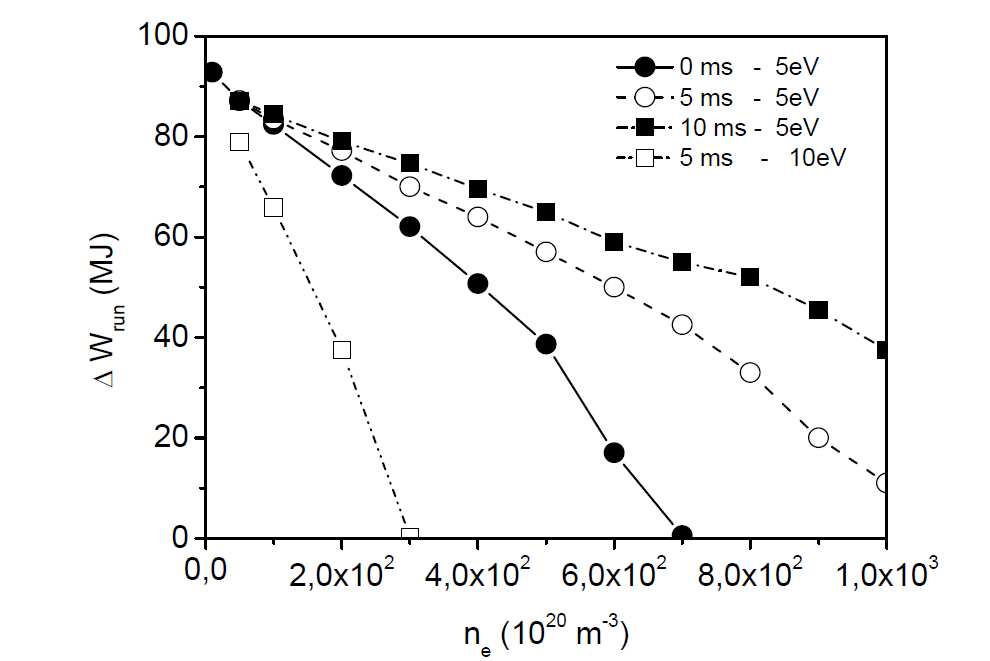