This work reports on advances in the validation of QH-mode modeling and the integration of momentum transport effects from ion-orbit loss (IOL), neutral interaction and neoclassical poloidal ion-flow damping with the NIMROD code [Ref 1]. Present understanding of steady-state tokamak edge-plasma solutions without edge-localized modes (ELMs) is interpretive. While MHD modeling is successful in simulating the low-n dynamics associated with quiescent H-mode (QH-mode [Ref 2]), predictive modeling requires integration with transport effects outside the MHD model. Next generation tokamaks are challenged by the need to accommodate associated high heat fluxes on the divertor and innovative divertor solutions are being developed. It is critical that these solutions are compatible with edge solutions without ELMs and, given the cost of such devices, predictive simulation is required.
Regarding DIII-D QH-mode dynamics, present simulations focus on the local validation through comparisons of beam-emission spectroscopy (BES) measurements and a synthetic diagnostic with simulated fluctuations. Prior MHD simulation demonstrates the sensitivity to shear flow and produces the preferential density transport as compared to thermal transport [Ref 3] that is observed in experiment. Analysis of DIII-D QH-mode (shot 163518) during a phase with edge harmonic oscillations (EHO) shows that the MHD state is a nonlinear phenomenon which can not be explained by a linear-growth-rate analysis. Simulation of a reconstruction based on the best fit to experimental measurements is stable and the instability drive is increased by narrowing the pedestal width in the measured state. Nonlinear 3D MHD fluctuations broaden the pedestal by relaxing the profiles back toward the initial state. The correct underlying drive is not known a priori; thus a scan of profile gradients similar to that performed in gyrokinetic validation studies is needed. With a weak drive a coherent mode develops while at strong drive a turbulent nonlinear state with large amplitude fluctuations is found as shown in Fig. 1. The line of sight of the BES measurements is not aligned with the magnetic field line pitch in these reversed-current discharges making a full synthetic diagnostic critical for comparison. The BES synthetic diagnostic shows MHD simulations contain low-frequency coherent dynamics similar to those measured during EHO. Examination of the cross-power spectrum from poloidally separated measurement points shows a double-peaked spectrum near the last closed flux surface (LCFS) and a single-peaked spectrum further towards the core in both simulation and experiment. 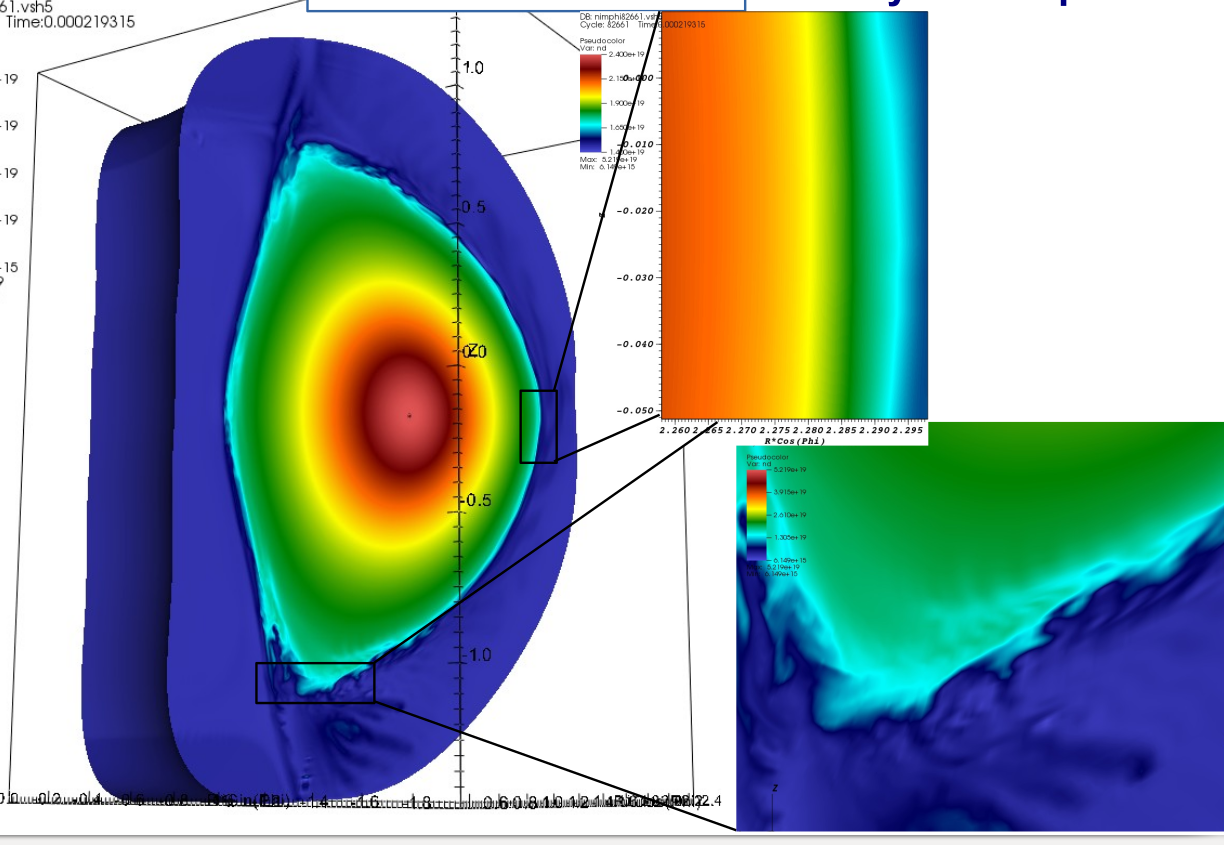 In terms of momentum transport, the effects from IOL, neutral interaction, neoclassical-ion-poloidal-flow and fast-viscous-parallel-flow damping are critical to determine the pedestal flow profiles. IOL occurs when passing particles inside the LCFS drift outwards on to trajectories that hit the divertor as illustrated in Fig. 2. The resulting co-current torque from IOL is incorporated through a drift-kinetic calculation from Ref. 4 that captures the impacts of collisional filling of the phase-space loss cone, the radial dependence of the force relative to the LCFS and orbit-squeezing by the electric field. Analysis from an inter-ELM period without large applied 3D perturbations of DIII-D shot 164988 shows a large ion-orbit loss torque near the LCFS. To balance this torque a dynamic neutral model based on the equations of Ref. 5 that includes ionization, recombination and charge exchange is used. Figure 3 shows the 1D neutral distribution from core to wall for an initial state set by a local equilibration of ionization and recombination (red line) and after equilibration including the effect of ballistic expansion (blue line). The resultant drag from neutrals can balance the IOL torque leading to pedestal steady-state-flow profiles. 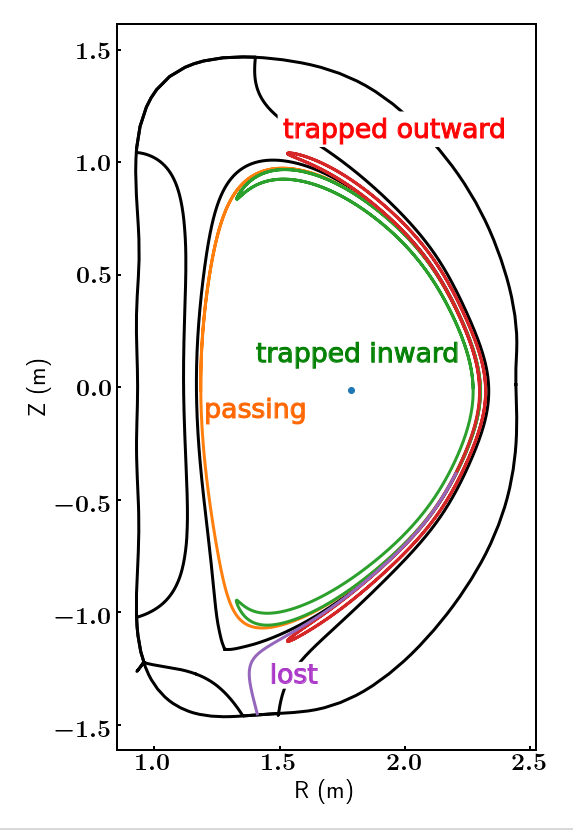 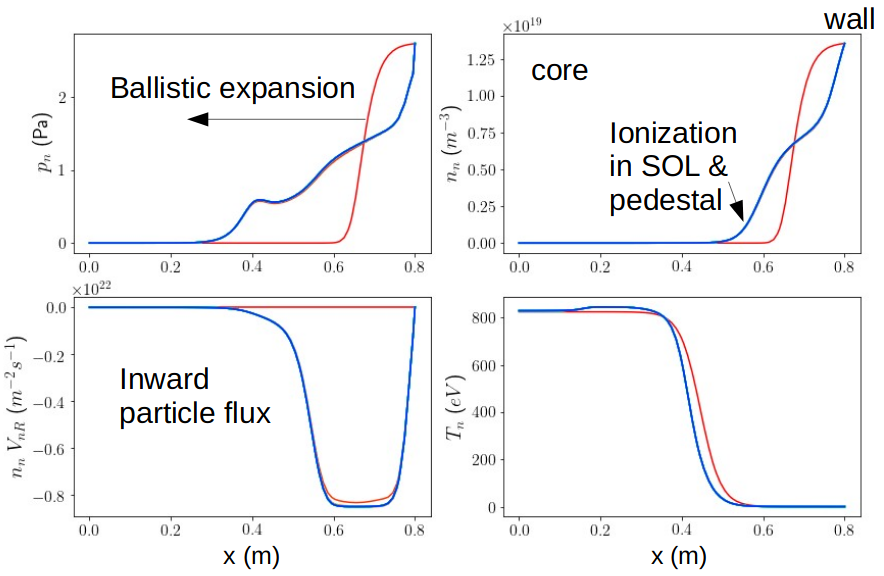