Locked-mode-like instabilities are observed in low magnetic shear regime of LHD operation as MHD instabilities with a collapse similar to the locked mode instabilities of tokamaks, which sometimes leads to the disruption. After a $m/n=1/1$ precursor appears, its frequency decreases with the increase of its amplitude and a non-rotating magnetic island rapidly grows, resulting in the minor collapse in the core region as shown in Fig.1. Here, $m$ ($n$) is poloidal (toroidal) mode number. In both tokamaks and LHD, the collapse occurs after the slowing-down of the instability, thus it is important to clarify the physical mechanism of the slowing-down. This research is expected to contribute not only to understanding the collapse occurrence mechanism in helical plasmas but also to understanding the disruption occurrence mechanism due to the locked mode instability in tokamaks.

The slowing-down of the locked mode instability of tokamaks is considered to be caused by the electromagnetic breaking forces $[2]$. One is due to the interaction between the toroidal perturbed current of the instability ($j_\rm t$) and the effective external RMP proportional to $I_{\rm RMP,eff}/B_\rm t$, $F_{\rm RMP}$. The other is due to the interaction between the $j_\rm t$ and the external RMP induced by the instability through the eddy current in a resistive wall of a vacuum vessel, $F_{\rm rw}$. Since the $F_{\rm RMP}$ occurs as the $\vec j \times \vec B$ force, the amplitude of the $F_{\rm RMP}$ is proportional to $\delta b_{\rm meas} \times I_{\rm RMP,eff}/B_\rm t$ assuming that the $j_{\rm t} \propto \delta b_{\rm meas}$. Here the $\delta b_{\rm meas}$ is the time averaged value of the perturbation of the magnetic field measured outside a plasma during the slowing-down. Figure 3 shows the relationship between the $F_{\rm RMP}$ and the $\Delta t_{\rm slowing}$. The relationships represent a negative correlation for both instabilities with and without island structure, which suggests that the slowing-down occurs due to the $F_{\rm RMP}$ in both instabilities. Moreover, it is found that the relation curves between $F_{\rm RMP}$ and $\Delta t_{\rm slowing}$ for both instabilities with and without island structure appear to be almost the same. 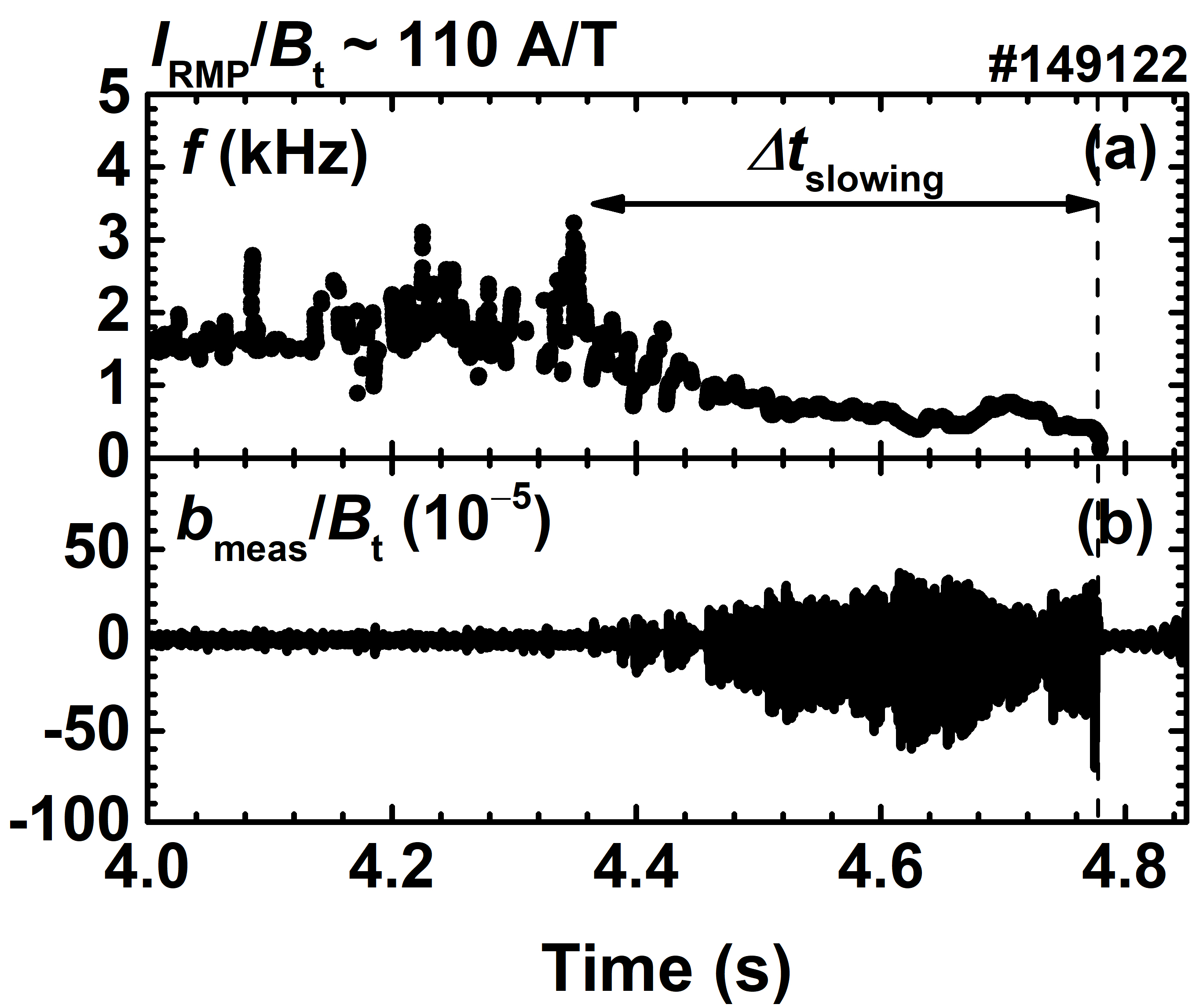 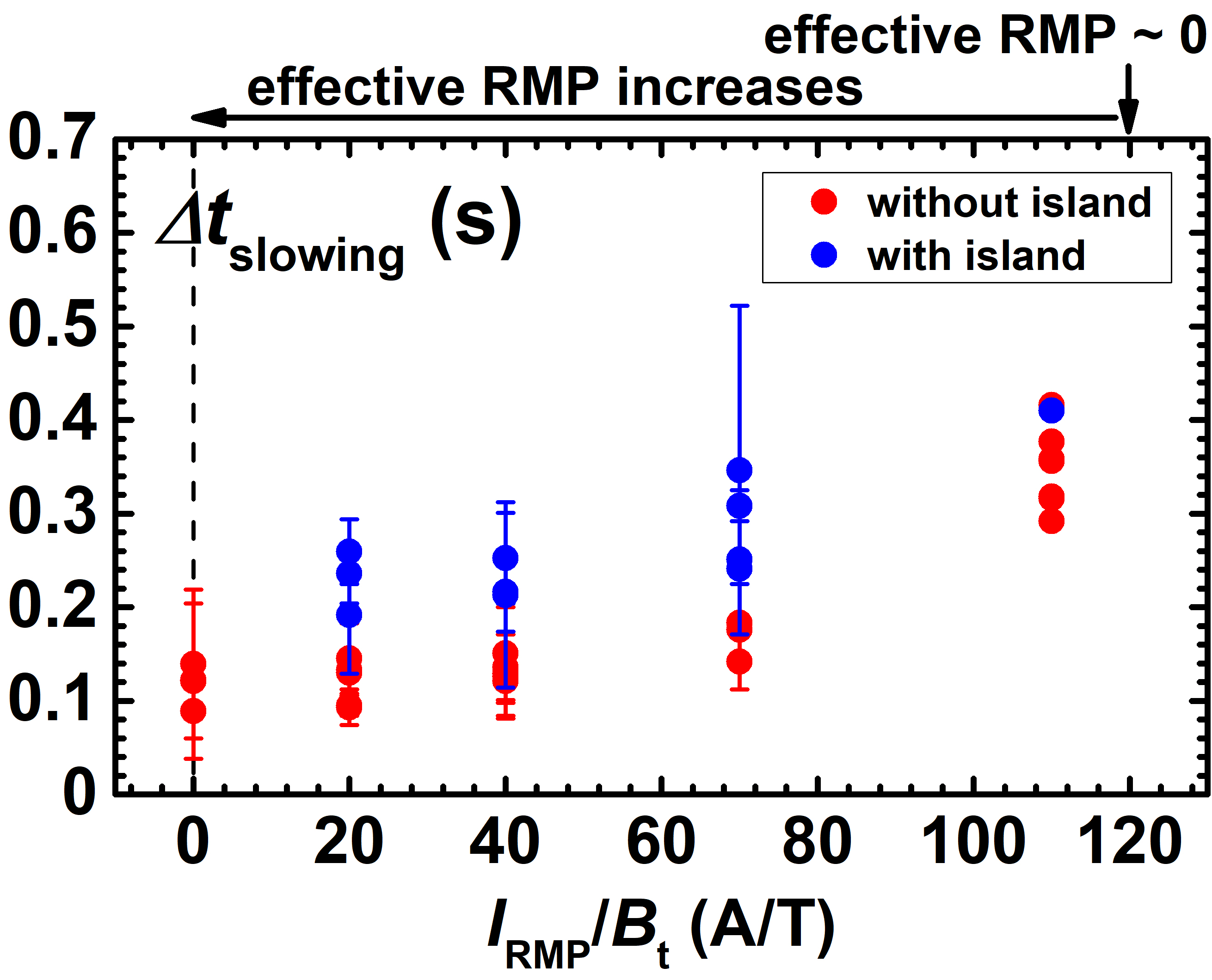 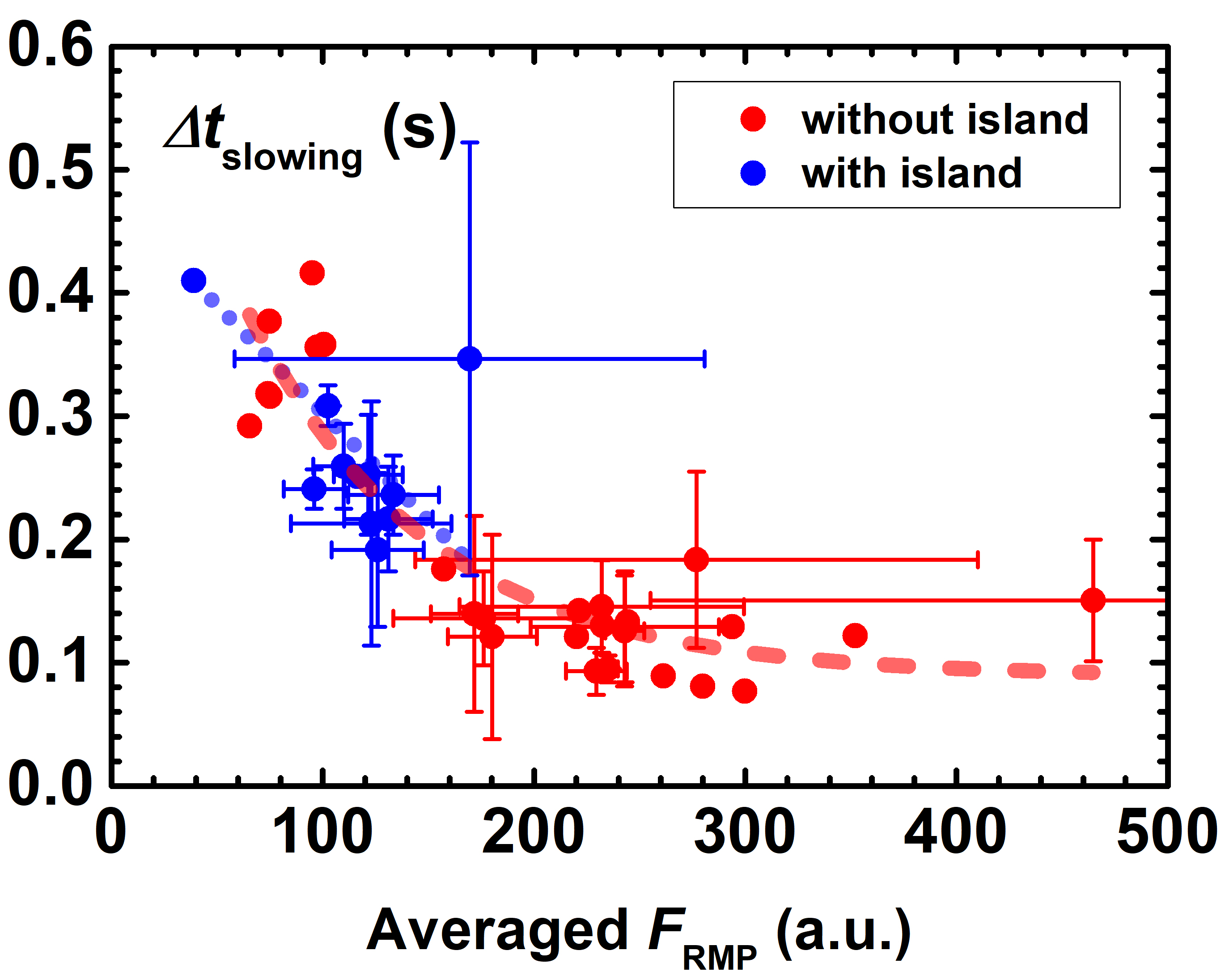 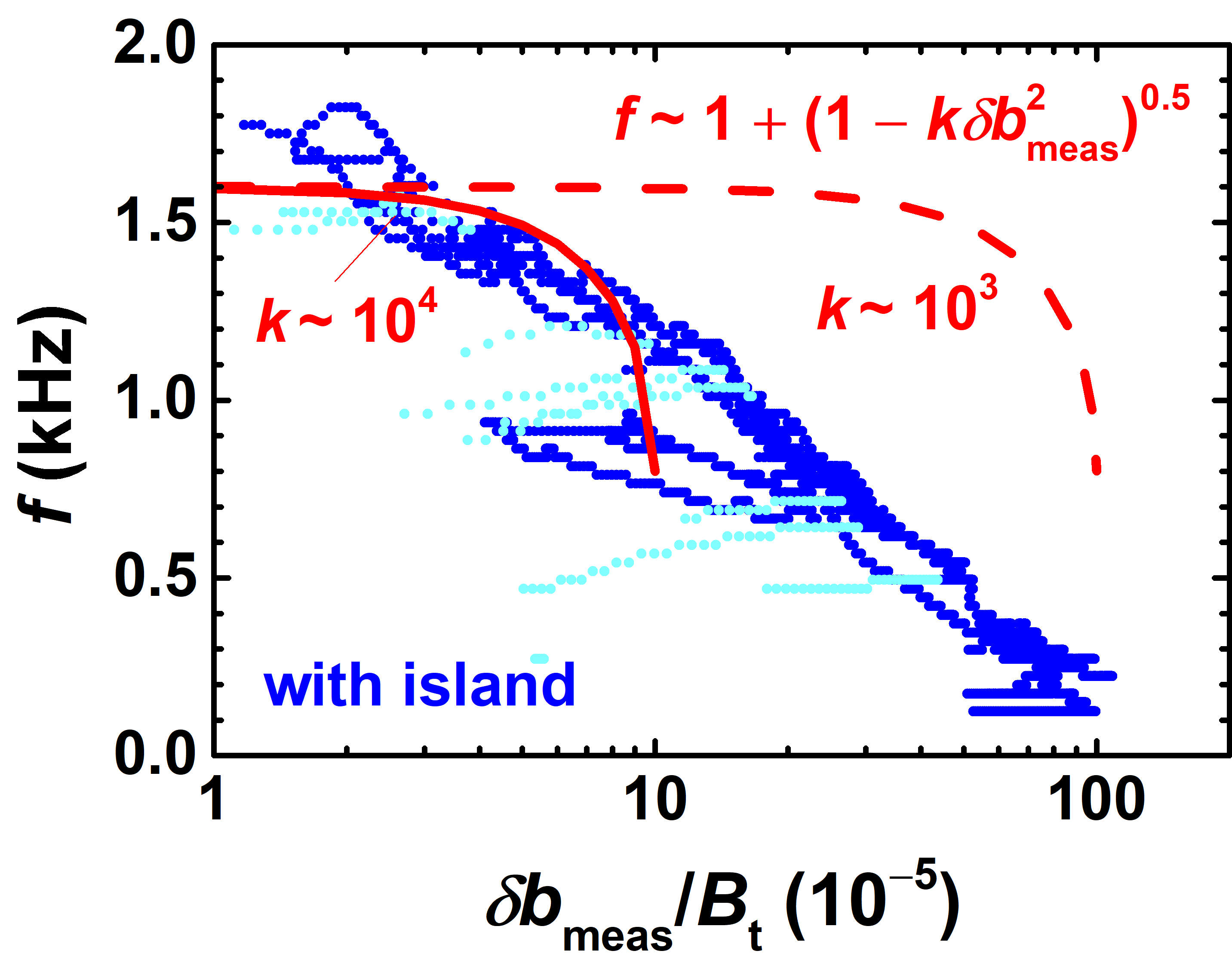