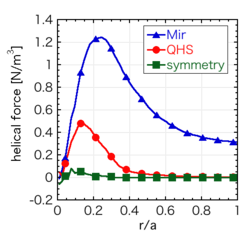 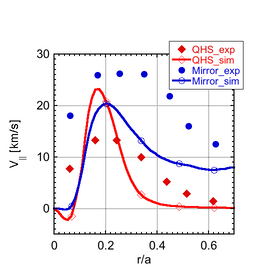 LHD plasma
We evaluate the toroidal torques by ECH and the toroidal flow in the balanced NBI heating plasma of LHD, where the torque by the NBI heating is relatively small. Figure 3 (left) shows the toroidal torque by ECH and balanced NBI heating. Here NBI torque is evaluated with FIT3D code, which is a module for NBI heating in TASK3D, the integrated transport code for helical plasmas. We evaluate the toroidal flows driven by ECH torque, solving the 1D radial diffusion equation, and compare them with the experimental observations. As shown in Fig.3 (right), the obtained flows have good agreements with the experimental ones. The toroidal flow velocity is around zero with the balanced-NBI torque, while the flow velocity can reach 20km/s with the additional ECH torque. 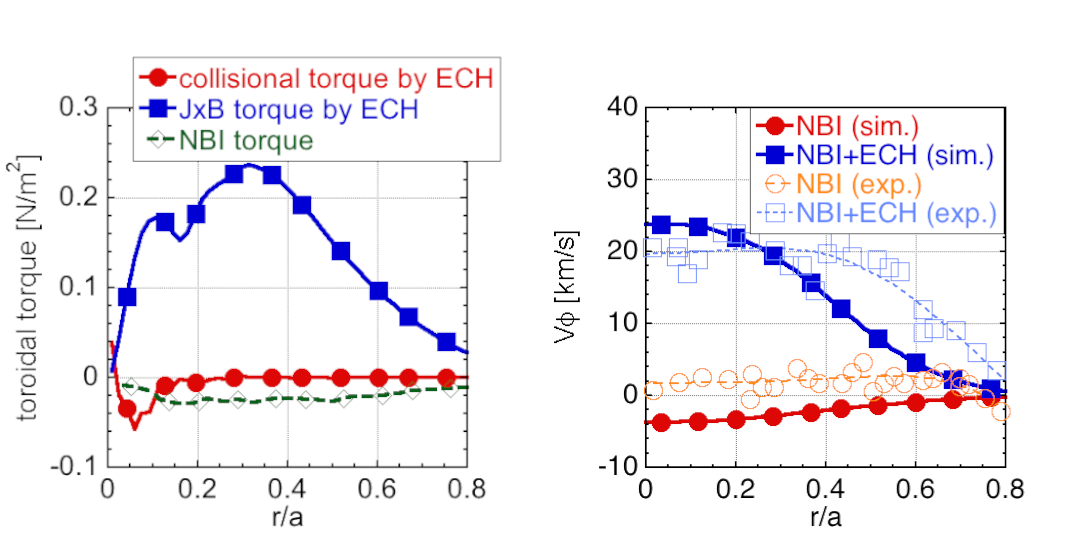