Due to concerns of erosion and damage to divertors caused by Type-I edge-localized modes (ELMs) in ITER tokamak$[1]$, resonant magnetic perturbation (RMP) has been proposed as an efficient technique for ELM control and has been extensively studied in the past few decades. Complete suppressed of type-I ELMs by RMPs was first demonstrated in DIII-D $[2]$. Since then, suppression or mitigation of ELMs has been achieved in several present day devices. It has been speculated that application of RMP may modify the turbulence behavior of the plasma, though there has so far been no conclusive evidence that enhanced turbulence by RMP is responsible for ELM control. Here, we report the first observation of an edge coherent mode (ECM) in the HL-2A H-mode plasmas with ELM mitigation by RMP, with a frequency range of 2–25 kHz. It was found that the mode is located at the edge pedestal region with steep pressure gradient, being excited by the three-wave interaction of turbulence enhanced by the application of RMP. The ECM drives a significant outflow of particles and heat flux, thus providing a channel for continuous extra particle and heat transport across the pedestal during the ELM mitigation. Mitigation of Type-I ELMs, utilizing the n = 1 RMP field, is observed in HL-2A as shown in Fig.1.The D$_{\alpha}$ signal shows a reduction in amplitude and an about two-third increase in frequency of the ELM bursts [Fig. 1(a)]. A strong reduction in the amplitude of the peak heat flux deposited onto the divertor targets, due to ELM bursts, was also observed [Fig. 1(b)]. Figure 1(c) shows reduced heat flux and a broader flux distribution during the ELM mitigation phase. The MARS-F toroidal modeling for this type of HL-2A discharges has suggested a strong edge-peeling response as the main reason leading to the ELM mitigation $[3]$. A key finding during this experiment is the occurrence of small 2kHz coherent oscillations (ECM), appearing between the reduced Type-I ELM events or riding on them as shown in Fig.2. 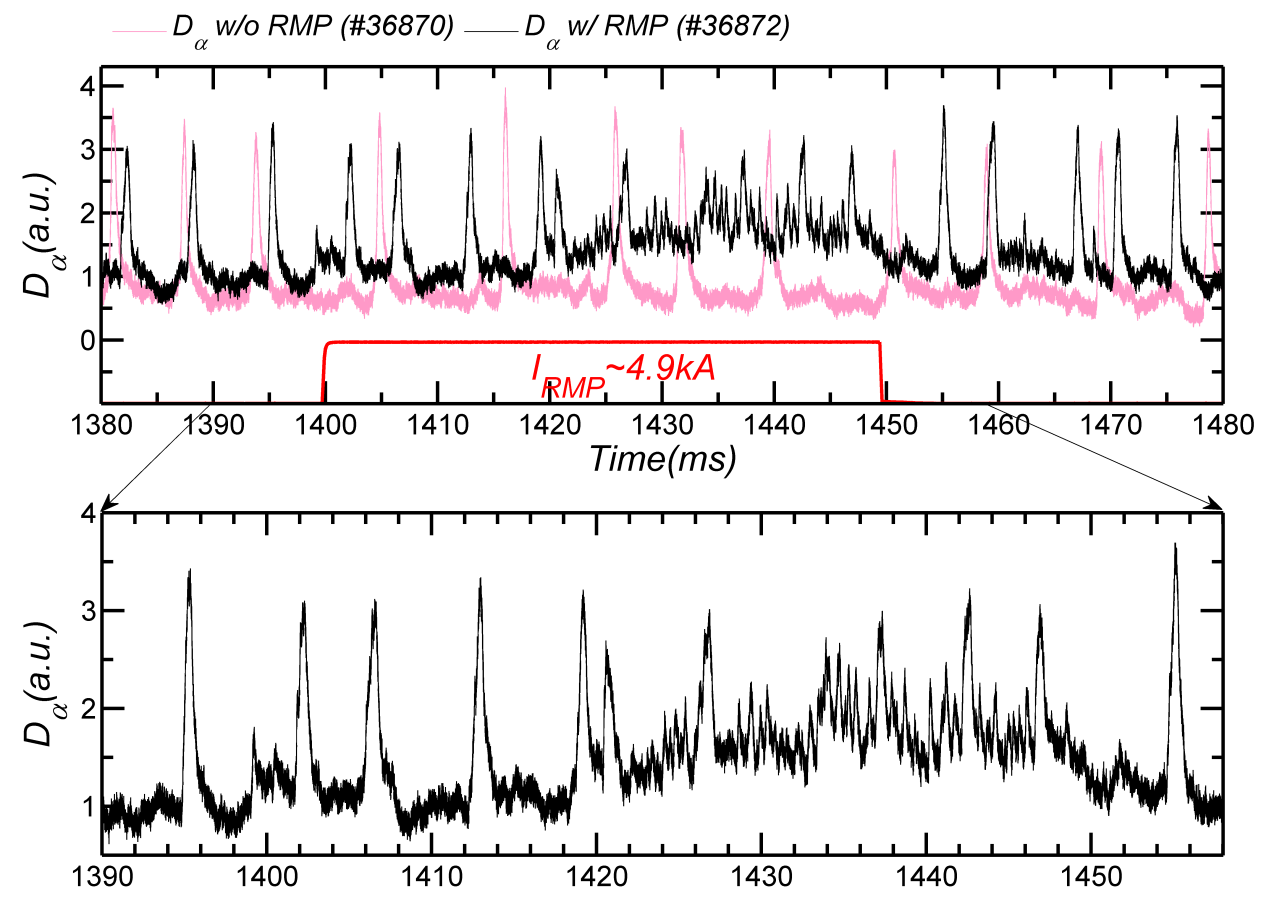 The impact of RMP on the plasma turbulence is examined by a new BES system covering the density fluctuation in the pedestal region. A pronounced increase in the density fluctuation level is found in the power spectrum after RMP is switched on. To gain a deeper insight into the RMP impact on the plasma turbulence and the ECM, we have investigated the possible nonlinear interaction or energy cascading among different turbulent components. We found that the nonlinear coupling between different frequency components was substantially enhanced during RMP as shown in Fig.3. The bi-spectrum exhibits strong coupling during RMP as compared with that before RMP, suggesting that the ECM is excited by the three-wave interaction of turbulences enhanced by RMP. 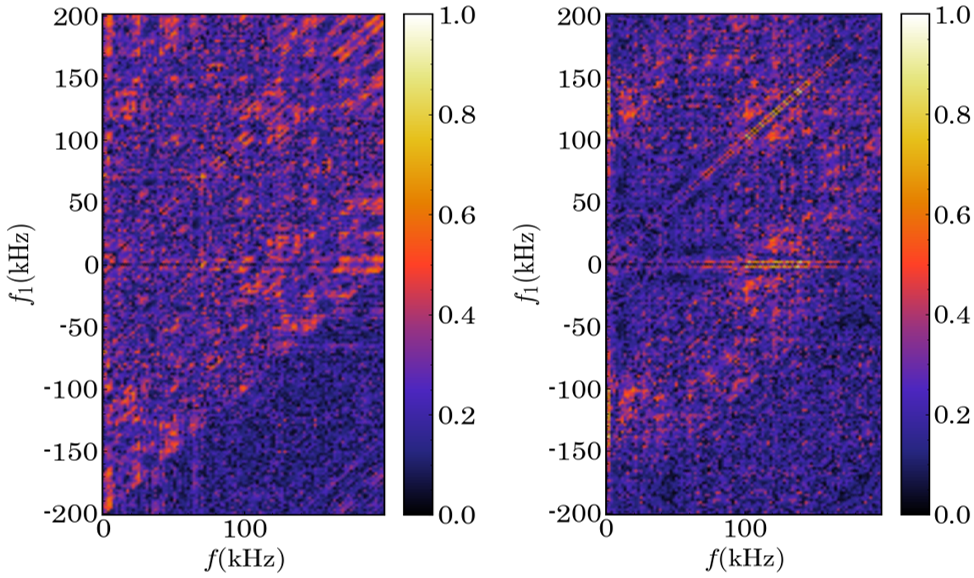 Furthermore, clear evidence of particle exhaust by the ECM has been obtained, via a close examination of the measurement of particle flux in the plasma edge region as shown in Fig.4.The envelope of the saturate particle flow exhibits an oscillation at about 2 kHz, suggesting that the ECM contributes to the outward particle transport. This significant correlation indicates that the ECM can indeed induce a continuous outward particle flux, leading to extra particle transport during the application of the n=1 RMP in HL-2A. 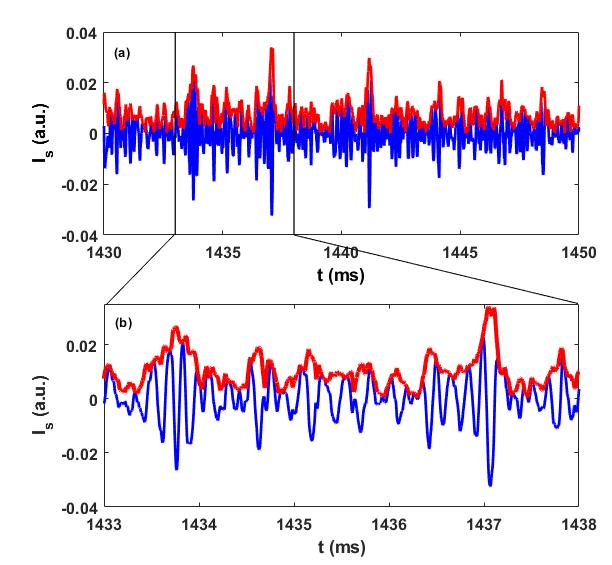