A fast scan Fourier transform Michelson interferometer system has been installed on SST-1 tokamak. The diagnostic determines electron temperature profile and its evolution by measuring electron cyclotron emissions (ECE) from plasma. This is the first diagnostic on SST-1 to probe higher harmonics of the ECE radiations in 70-500 GHz frequency range. During plasma operation, every 17 ms the system generates an electron temperate profile with a spectral resolution of 3.66 GHz.

The paper addresses four different aspects of the diagnostic which have been realized successfully for the first time to make Michelson interferometer fully operational for ECE measurements. These are (i) Design and development of wave collection and transport system, (ii) In-lab calibration of the diagnostic, (iii) Development and characterization of a new high temperature black body source, and (iv) Operation of the system with tokamak plasma. All the above aspects will be discussed separately in the coming sections.

A new wave collection and transport system (WCTS) has been designed and employed to transport signal from SST-1 hall to diagnostics lab. To reduce transmission losses, the layout of transmission line has been done using oversized S-band waveguides and mitre bends in TE01 mode. The design and simulation of the WCTS is done using CST microwave studio. Insertion and return loss determined through simulation in the frequency range 70-170 GHz have been verified with laboratory measurements.

In-lab calibration of the diagnostics has been carried out with hot-cold technique [1, 2] in the frequency range 70-500 GHz by periodic switching between the cold source (at 77 K) and room temperature source. Digital signal filtering and coherent averaging of the raw data is done to obtain difference interferograms. The difference interferograms are Fourier transformed and by using Rayleigh-Jeans law and the sensitivity of the diagnostics is determined [1, 3]. The in-lab calibration factor has been successfully determined and the presence of water absorption lines was observed at its expected frequencies. Figure-1 shows the obtained calibration factor during in-lab calibration. Water absorption lines deteriorate the signal strength around 556 and 752 GHz. 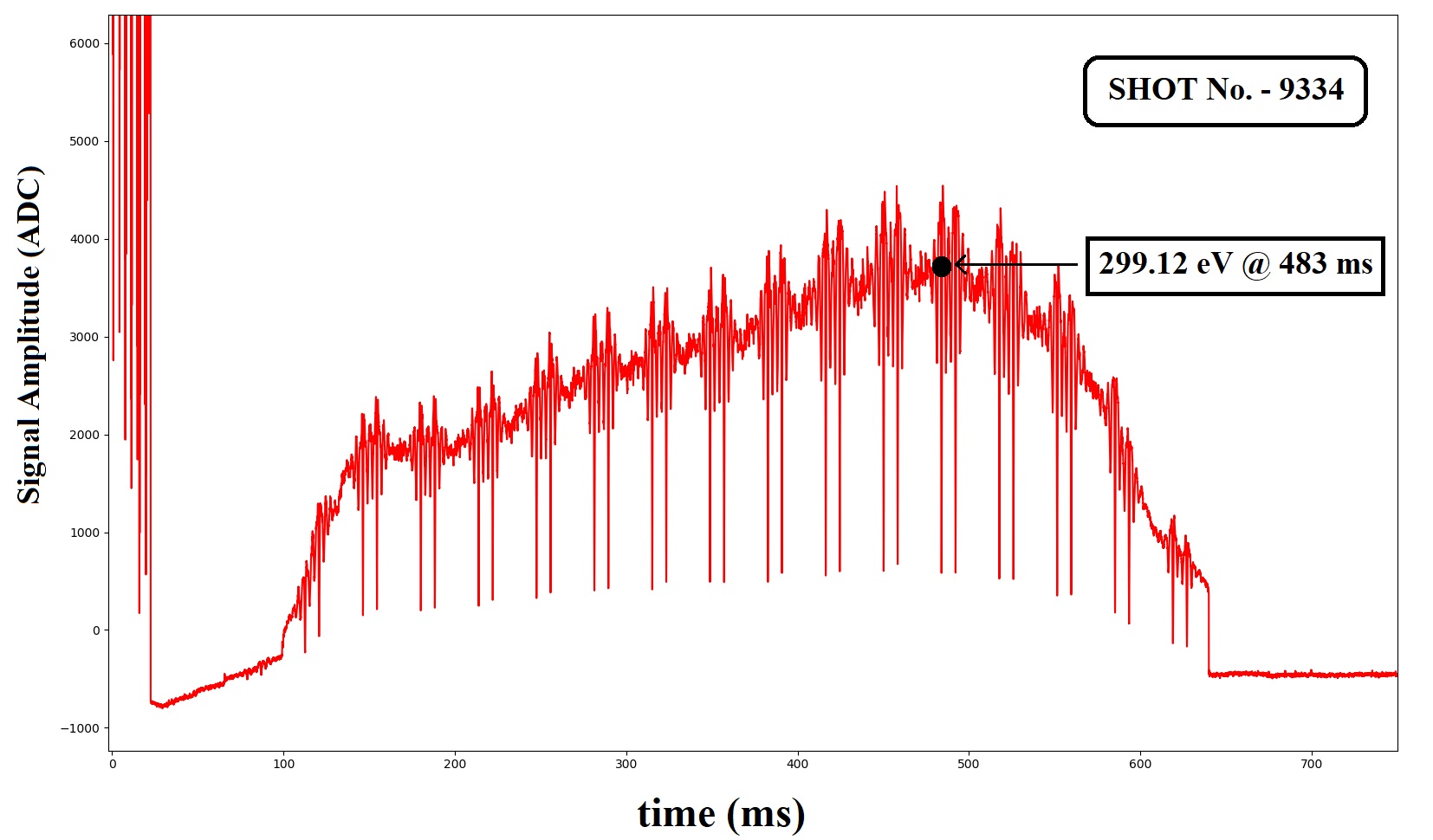